Prayers and shock after 16 nuns and workers slain in Aden 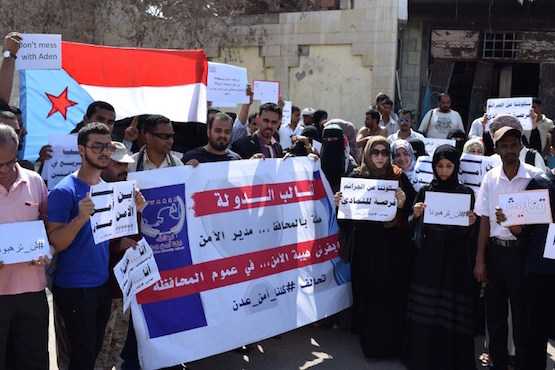 Yemenis protest the killing of 16 people, including four Missionaries of Charity nuns, at a home for the elderly in Aden on March 4. (Photo by AFP)

An Indian nun was among the four Missionaries of Charity nuns shot dead by terrorists in Yemen, a spokesperson from the congregation in India confirmed.

The four nuns were among 16 people killed by terrorists at a convent and home for the elderly run by the Missionaries of Charity in the lawless port city of Aden. Two of the other slain nuns were from Rwanda and one was from Kenya, confirmed Sunita Kumar, the congregation's spokesperson.

Kumar said that nuns at the order's headquarters in Kolkata are praying for the deceased sisters and workers and for those whose lives remain in danger.

"They are also praying for mercy for the gunmen and peace in Yemen," Kumar said.

"We are putting things together," she told ucanews.com.

The slain nuns have been identified as Sister Anselm, 57, from Gumla in Jharkhand, Sister Margretta, and Sister Redinette, 32, from Rwanda and Sister Judith, 41 from Kenya.

Pope Francis prayed for the slain nuns during his address in St. Peter's Square after the Angelus prayer, reported Vatican Radio. The pope said the nuns are modern-day martyrs and victims of the indifference of globalization.

Other victims of the massacre included volunteer helpers, some of whom were from Ethiopia. None of the nursing home's elderly residents were harmed.

Kumar said that three gunmen in blue uniforms entered the retirement home when the four nuns were serving breakfast to the home's elderly.

"Seeing the armed men, the sisters ran for safety toward their convent and were shot in the open compound," she said.

On realizing that something was wrong, Sister Sally, superior of the convent, hid in a refrigerator.

"She could not be found by the men who searched the entire home," Kumar said.

Kumar added that the attackers ransacked the convent, destroying statues, the tabernacle and the crucifix in the chapel.

Salesian Father Thomas Uzhunnalil, from the Indian province of Bangaluru, was staying in the convent and was reported missing after the attack. It is feared the priest has been kidnaped by the gunmen.

At present it is unclear who carried out the killings but it is suspected the gunmen were members of either al-Qaida or the Islamic State.

Mother Teresa founded the Aden home for the elderly in 1992. The congregation also has homes in Sanaa', Taiz and al Hudaydah in the impoverished Muslim nation. In 1998, gunmen in Red Sea port city of Hodeida killed three Missionaries of Charity nuns.

Yemen has been is caught up in a civil war that has killed more than 6,000 people since hostilities broke out in March 2015.