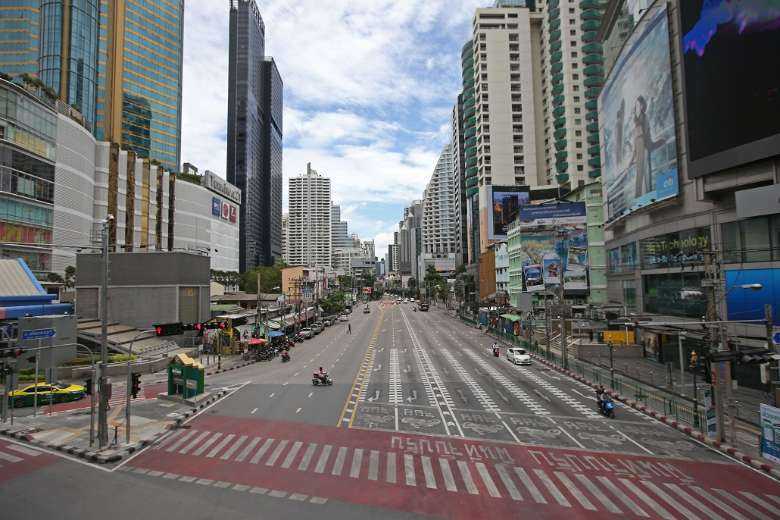 Millions of Thais have been plunged into poverty during the Covid-19 pandemic as unemployment has reached record levels, experts say.

As many as 800,000 became impoverished last year as the country’s economy began to stagnate and then contract, according to a new study conducted by Thailand Development Research Institute.

Of these, 700,000 lost their jobs in the second quarter of last year alone as countrywide lockdown measures and a near-complete absence of foreign tourism began to batter the economy.

However, that estimate may be a far too conservative figure. The World Bank estimated earlier this year that the number of Thais who had fallen into poverty in 2020 was around 1.5 million, which meant that 5.2 million were impoverished, up from 3.7 million a year before.

Vulnerable groups of people, including women, children, the elderly, the disabled, the homeless and migrant workers, were especially impacted, according to the researchers.

Slightly over 6 percent of Thais lived below the official poverty line in 2019, before the pandemic, but the number has since grown significantly, although an exact figure is unavailable.

Millions more Thais are likely to have fallen on hard times financially this year after a severe third outbreak of Covid-19 has led to months-long lockdowns in Bangkok and elsewhere in a failed bid by the government to stop the spread of the coronavirus.

To date, Covid-19 has sickened more than 1.1 million Thais and killed over 10,000 in a country of 69 million, with no end in sight to new infections and fatalities.

“The third Covid-19 outbreak at the start of April looks to have further exacerbated the poverty situation. The worst affected are workers aged 40 years and older with little education who are also technology illiterate,” the Bangkok Post explained in a report on Aug. 26.

“They are least able to adjust to the demands and changing conditions of employment as the crisis has reshaped the way businesses and companies operate.

“The crisis has accelerated the pace of disruptive technology with companies adopting new-normal practices that rely heavily on communication tools and technology evident in the work-from-home arrangement.”

Millions of low-income earners have languished without steady incomes for months, while numerous Thais in the middle-income bracket have also been affected by steadily rising household debt, which is at an 18-year high.

In the first quarter of 2021, household debt increased to 14.13 trillion baht (US$43 billion), or more than 90 percent of GDP, according to data last month by the Bank of Thailand.

Poverty alleviation is not a priority for this government. They are only interested in cementing their power and enriching themselves

In the fourth quarter of last year, the household debt ratio was slightly under 85 percent.

Much of the increase has been driven by people taking out loans to buy daily necessities such as food, experts say.

In the face of rising rates of poverty and household debt, the ultra-conservative, military-allied government has done little to mitigate the financial hardships of locals, according to observers.

“Poverty alleviation is not a priority for this government,” a pro-democracy activist in Bangkok told UCA News. “They are only interested in cementing their power and enriching themselves.”