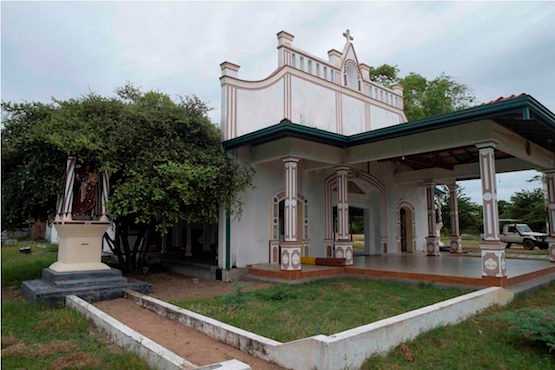 Sri Lankan environmentalists are concerned that the popularity of a historical Catholic church is ruining a nature reserve.

Rukshan Jayawardana, president of the Wildlife and Nature Protection Society (WNPS), says that the church has become too popular with pilgrims. Nearly 30,000 devotees swamped the reserve for the feast of St. Anthony on June 13.

"What we object to is the physical expansion of the building and the church premises as well as the frequency and volume of visits to this shrine," said Jayawardana.

"The church is trying to turn what was once a small festival into a much larger event," he said.

WNPS has complained to the Sri Lankan bishops' conference and even to the pope through the Papal Nuncio in Colombo.

"Pope Francis would stand by [our wish] to uphold the environment rather than destroying it," said Jayawardana who stressed his complaint is not about being anti-Catholic, but was instead about environmental conservation.

"The environment belongs to all of us and it is for [all our] future," Jayawardana emphasized.

After Sri Lanka's long-running civil war ended in 2009, the small, temporary shrine at Pallekandal was expanded. Additional buildings and facilities were added to cater for an influx of pilgrims that peaks during the annual feast when 1,500 buses arrive at the national park. The massive crowds neglect park rules and walk freely through the reserve, according to Jayawardene.

He added that there are obvious plans to extend the church with notices asking Catholics to donate money for building materials for future expansion.

Jayawardene said that if WNPS were unable to find a solution with the church they would take the matter to court.

"We cannot let one group of people damage [the park] and if we have to go to the highest courts in the land we will do so."

Wardani Karunaratne, a legal consultant for the Environmental Foundation Ltd., said that the once a national forest is declared by law it overrides all individual ownership. "I myself am a good Catholic but the religion should not be used as a shield to break the law," she said.

St. Anthony's Church issued a detailed statement in response to the allegations where they stated that the church has been a place of worship for pilgrims irrespective of their religion and ethnicity for hundreds of years. The government only included it in the national park in 1972.

When the land was acquired by the government, the church agreed not to claim compensation for the 58 hectares it owned even though it had been a popular pilgrimage site since the 17th century.

During the civil war from 1983 to 2009 pilgrims were unable to visit the site. Since the war's end, pilgrimage has become a way for Sinhalese and Tamils to reconcile and worship together, according to the church.

Prasad Fernando, a Catholic who has been visiting St. Anthony's since 2010, said the church is famous for miracles and he believes it's a blessing to visit it.

"During the war for a long period we were deprived of worshiping here," he said. "We should be allowed practice our religion the way we want."