No agreement with Beijing is worth the paper it is written on; its word means nothing
Published: September 20, 2022 03:48 AM GMT ▾ Judging from his recent comments during an in-flight press conference on his return to Rome from Kazakhstan, Pope Francis seems determined to renew the Vatican’s agreement with China. A bilateral Vatican-China commission has been established, and Vatican officials have recently visited China.

The deal, first established in 2018, is renewable every two years. In 2020 it was renewed with almost no transparency, accountability, or explanation, and seemingly no willingness by the Vatican to brook any opposition to it. It looks like the Vatican is on the verge of once again renewing the deal without any review.

If this is so, Pope Francis and the Vatican are making a truly terrible mistake. As a Catholic who loves the Church, the Pope and China, I urge the Holy Father to rethink.

For a start, it is time for the Vatican to be more open about the nature of the agreement. If, as Pope Francis and those around him seem to believe, it is a good deal, why is it still secret? Why can the Church not know the details of the agreement? Why are its benefits so elusive?

We know that it relates to the appointment of Catholic bishops in China; we know that it gives the atheist Chinese Communist Party regime in Beijing a say in those appointments; and we know that several underground Catholic bishops have been asked to stand down in favor of Beijing’s nominees, despite decades of steadfast loyalty to Rome, often at great personal cost. So why not publish the text of the agreement in full?

What has the four-year-old agreement achieved? Certainly no improvements in religious freedom, either for Catholics or for religious adherents more broadly in China. If anything, religious persecution has intensified, with several Catholic clergy being arrested or disappeared by the Chinese regime.

Images of Xi Jinping adorn many churches now in China, alongside or sometimes even instead of religious imagery. Surveillance cameras monitor congregations, and under-18s are prohibited from engaging in religious worship. Censorship of online religious literature has increased, and the regime is planning its own translation — and reinterpretation — of the Bible.

Yesterday, Hong Kong’s 90-year-old Bishop Emeritus, Cardinal Joseph Zen, who was arrested in May, went on trial, on spurious politically-motivated charges. Yet the Vatican has maintained a studious near-total silence on his case, with even Pope Francis responding to a question about the case with these shockingly cautious words which fail to show even a flicker of pastoral concern: “Cardinal Zen is an elder who is going to be tried these days, isn't he?” the pope began. “He says what he feels, knowing that in China there are limitations [to religious freedom],” the pope concluded without further comment.

This marginalization of one of the Church’s most courageous and most senior Cardinals was symbolized by the pope’s refusal to meet Cardinal Zen when he visited Rome for what he said was likely to be his last visit, in October 2020.

For the pontiff to refuse even a short audience for one of his cardinals who is in the final years of his life seemed a remarkably heartless act. Even if the pope disagrees with Cardinal Zen, as a pastor one would have thought he could have given the retired prelate a few minutes.

In the recent consistory of cardinals, Cardinal Zen was conspicuous by his absence — he could not have traveled because he had been forced to surrender his passport to the authorities in Hong Kong, but it appears the Vatican did not utter so much as a murmur of appeal on his behalf.

In the four years since the agreement was first signed, worldwide outcry at the Chinese regime's increasingly severe repression has grown. Several parliaments around the world have recognized the atrocities committed against the predominantly Muslim Uyghur as genocide, as have both the previous and current US administrations and an independent tribunal chaired by the lawyer who prosecuted Slobodan Milosevic, Sir Geoffrey Nice, KC.

"Beijing’s behavior in Hong Kong ought to ring alarm bells in the Vatican, for it shows that this is a regime that cannot be trusted"

Even the United Nations, in its long-delayed report following the ill-fated visit to China by its previous High Commissioner for Human Rights Michelle Bachelet, acknowledges that China may be committing crimes against humanity.

The regime in Beijing also stands accused of forced organ harvesting from prisoners of conscience, another crime against humanity. Atrocities continue in Tibet, the crackdown on lawyers, civil society, bloggers, media, dissidents and whistle-blowers across mainland China intensifies, and the threats to Taiwan grow.

On top of all this, Beijing has completely trashed its international treaty with the United Kingdom, the Sino-British Joint Declaration, breaking all its promises to uphold Hong Kong’s freedoms and unleashing a draconian campaign of repression in the city, which has resulted in the jailing, exile or silencing of almost all pro-democracy activists and the dismantling of an independent media.

Beijing’s behavior in Hong Kong ought to ring alarm bells in the Vatican, for it shows that this is a regime that cannot be trusted. No agreement with Beijing is worth the paper it is written on; its word means nothing.

Pope Francis claimed that “it takes a century to understand China.” Does he expect the Uyghur, Tibetans, Hong Kongers, and the Church in China to wait that long?

He emphasized the importance of dialogue, claiming of China that: “They have an eternity to advance. They are a people of infinite patience.” Yet this is a naïve approach.

"The question is whether Beijing is sincere in its dialogue with the Vatican, or whether it is stringing the pope along in order to buy his silence"

The Chinese Communist Party regime has proven in the speed and severity of its crackdown on the Uyghur and Hong Kong in recent years that it is capable of moving fast when it puts its mind to it.

The question is whether Beijing is sincere in its dialogue with the Vatican, or whether it is stringing the pope along in order to buy his silence, undermine his moral authority and tighten its control — not only of the Church in China but of the Vatican itself too.

In 2020 the then US secretary of state, Mike Pompeo, warned that the Church was “endangering” its moral authority by continuing with its deal with China. He was right.

The pope and the Vatican have three options. They could simply continue the agreement, with no review, no amendment, no transparency and no appeal for change. They could, alternatively, seek conditions for renewal. They could insist on the release of Catholic clergy and a relaxation of restrictions on religious practice, and the pope could end his silence on the Uyghur genocide, Tibet, Hong Kong and the persecution of Christians.

Or they could take the bold step of acknowledging that the deal has achieved nothing and been detrimental in many respects, and suspend it. Realistically, it is unlikely that it will take that third option. But I hope that the pope and the Vatican will seriously consider the middle option, in order to mitigate the damage done, recover something of their moral authority and signal to Beijing that they will not simply continue to kowtow to a brutal, repressive, criminal and genocidal regime. Failure to do that will do untold damage to this pope’s legacy.

*Benedict Rogers is a human rights activist and writer. He is Senior Analyst for East Asia at the international human rights organization CSW, the co-founder and Chief Executive of Hong Kong Watch, co-founder and Deputy Chair of the UK Conservative Party Human Rights Commission, a member of the advisory group of the Inter-Parliamentary Alliance on China (IPAC) and a board member of the Stop Uyghur Genocide Campaign. He is the author of six books, and his faith journey is told in his book “From Burma to Rome: A Journey into the Catholic Church” (Gracewing, 2015). His new book, “The China Nexus: Thirty Years In and Around the Chinese Communist Party’s Tyranny”, will be published in October 2022 by Optimum Publishing International.The views expressed in this article are those of the author and do not necessarily reflect the official editorial position of UCA News. 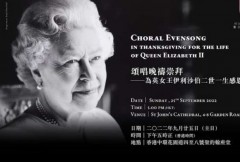 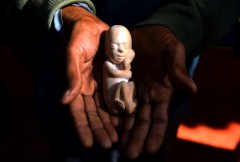