The future of the Church resides in the subsidiarity of Rome 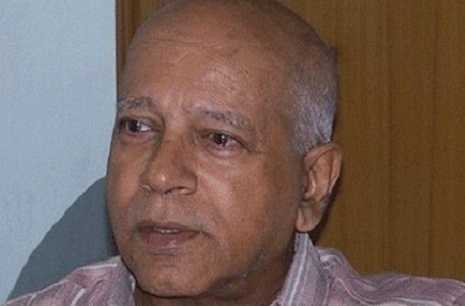 A group of eight cardinals appointed by Pope Francis as advisors began a three-day meeting on Tuesday in the Vatican.

They are expected to fully implement a model of governance in the Catholic Church first outlined by the Second Vatican Council: one that is less centralized, more collegial and based on the principle of Subsidiarity, which holds that any central authority should have a subsidiary role in decision-making and defer to a more immediate or local body.

Of the eight cardinals in the group, known informally as the G8, four come from major geographical areas with respect to the Church: Asia, Africa, Europe and Latin America.

They include the current president of the Commission of Bishops' Conferences of the European Community Reinhard Marx of Munich, 60, and the Secretary-General of the Federation of Asian Bishops' Conferences (FABC) Oswald Gracias, 68, of Bombay, as well as past presidents of the Symposium of Episcopal Conferences of Africa and Madagascar Laurent Monsengwo, 74, of Kinshasa in Congo and the Episcopal Council of Latin America Francisco Javier Errázuriz Ossa of Chile.

The other four are known for openly speaking about Vatican bureaucracy. Cardinal George Pell, 72, of Sydney may be a solid doctrinal conservative, but during the pre-conclave period, he was most outspoken about dysfunction in Vatican management.

Cardinal Oscar Andrés Rodríguez Maradiaga has crossed swords with Vatican heavyweights, including a standoff with his fellow Salesian Cardinal Tarcisio Bertone, the Vatican’s former secretary of state, regarding an overhaul of Caritas Internationalis (CI). His experience of subsidiary forms of administration in the CI confederation and his mastery of six languages strongly recommend him for the coordinating role.

Cardinal Sean O'Malley, 69, of Boston joined Cardinal Christoph Schönborn of Vienna in 2010 in criticizing Cardinal Angelo Sodano for referring to criticism of the Church's record on sex abuse as "petty gossip".

Cardinal Giuseppe Bertello, 71, a career papal diplomat, is the only member of the group who has not been a diocesan bishop.

Italian Bishop Marcello Semeraro, 65, is to be the secretary of the group. The Bishop of Albano, where the Castel Gandolfo papal summer residence is located, since 2004, Semeraro worked as an assistant to then-Cardinal Bergoglio at the 2001 Synod.

Two far-reaching, simultaneous and interlocking processes need to be initiated by Pope Francis and the G8: decentralization and internationalization. If the pope survives until the age of 82 – the average age of popes in the last century – then about 50 percent of future cardinals will be his appointees, of which one might be elected the next pontiff to carry on with his reforms.

Roman Catholicism has remained European, with Europeans in the Vatican ensuring its orthodoxy according to their cultural understanding of Catholic faith. The Catholic faith has, by and large, not been allowed to inculturate within the local milieu of other parts of the world, and so both the faith and institution of the Church has remained “foreign”: a European transplant in a non-European ethos.

This has led to serious misunderstandings of the Catholic faith as a joy-filled, life-giving way of life that the local community willingly embraces.

The difficulties of Mateo Ricci in China from 1582-1610 and Robert de Nobili from 1606-1656 in south India with the Vatican are still fresh in the Asian Catholic memory.

Hinduism in India alone has such diversity, yet it coalesces into a Hindu way of life, without any central authority ensuring its orthodoxy. So why such a strong centralized authority structure in the Catholic Church?

Karl Rahner called Vatican II the first world-Church Ecumenical Council because it was the first where bishops from the entire world were represented. But this Ecumenical (international) character is not reflected in the Church, which still remains predominantly European.

Further, the college of 120 cardinals is horribly skewed in favor of Europe, especially Italy, since heads of many dioceses are cardinals. The Universal Church has to present its international identity for the sake of its own credibility.

Each of these offices of the Vatican can be linked with the similar continental and national bishops’ offices forming a global network that is much more international in personnel yet at the service of the pope. The United Nations functions through regional offices in different continents, so why should the Catholic Church centralize its whole bureaucracy within the Vatican State?

Those who have had experience dealing with the different offices are well aware that the co-ordination between them is minimal. All their work passes through the all-powerful Secretariat of State, which filters it in secrecy, under the pretext of coordination. Vatileaks was the ultimate frustration of workers in different Vatican offices against Cardinal Bertone, the all-powerful former secretary of state. The old Vatican adage was resurrected: Benedict reigns, but Bertone rules.

Instead of the dioceses and archdioceses being accountable to the offices, the offices should be at the service of the pope and the local congregations. They are at the cutting edge of the Church’s encounter with the world. This demands an ongoing process of decentralization and internationalization.

An old Chinese proverb states, “A journey of a thousand miles must begin with the first step.” Certainly Pope Francis can sincerely hope that future generations might say that he took the first step.

Redemptorist Father Desmond de Souza formerly served as the executive secretary of the Office of Human Development in the Federation of Asian Bishops’ Conference. He was closely associated with the Churches in Asia from 1980 to 2000. He is now based in Goa.