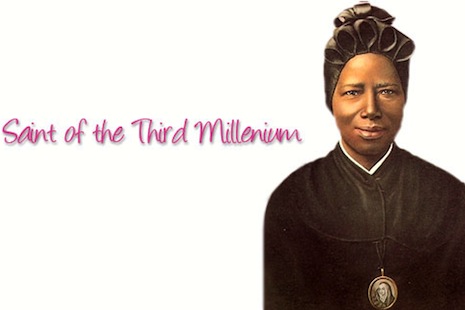 After Pope Francis entrusted two Vatican academies to study the problem of human trafficking, a group of women religious asked the pope to raise greater awareness in the church about the issue by establishing a worldwide day of prayer and fasting.

"The pope was very interested in our suggestion and asked us what date we would like the day to be," Consolata Sr. Eugenia Bonetti told Catholic News Service.

"We told him Feb. 8 -- the feast day of St. Josephine Bakhita," a Sudanese slave who found freedom in Italy and became a nun in the late 19th century.

She said the idea for a worldwide day of prayer came from "the need to do something that joins us together" to tackle the global problem; some dioceses and parishes are active on the issue while others are unaware or indifferent, she said.

Bonetti, a leader among religious women in Italy working against human trafficking -- particularly women and young girls forced into prostitution -- was one of about 80 people attending a Nov. 2-3 working group on trafficking at the Vatican.