Pope warns against bad-mouthing, backstabbing each other

Christians without tenderness, respect are serpents who divide, he says 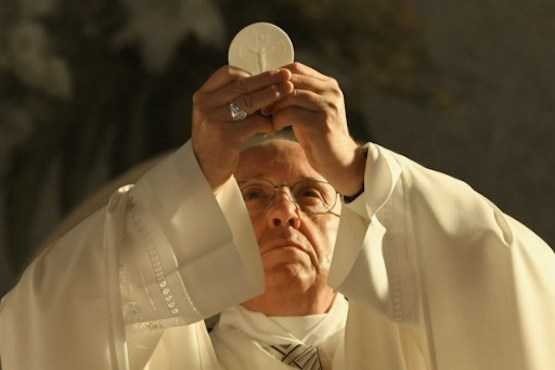 Pope Francis celebrates Mass during a visit to the Parish of San Pier Damiani, on May 21, 2017 in Rome. (Photo by Andreas Solaro/AFP)

The sin committed most frequently in Christian parishes and groups is bad-mouthing and backstabbing each other, which not only divides the community, it drives away people who come seeking God, Pope Francis said.

"Truly, this pains me to the core. It's as if we were throwing stones among ourselves, one against the other. And the devil enjoys it; it's a carnival for the devil," he told parishioners in his homily during an evening Mass at a parish on the outskirts of Rome May 21.

Pope Francis told parishioners at the church of San Pier Damiani how important their use of language was. As baptized members of the church, every Christian has been given the gift of the Holy Spirit, Catholic News Service reported him as saying.

"It is so awful to see these people who call themselves Christians, but they are filled with bitterness" or anger, he said in a homily that was off-the-cuff.

The devil knows how to weaken people's efforts to serve God and safeguard the Holy Spirit's presence inside them. "He will do everything so our language is not tender and not respectful," the pope said.

"A Christian community that does not safeguard the Holy Spirit with tenderness and with respect" is like the serpent with the long, long tongue, who is depicted in statues as being crushed under Mary's foot.

Pope Francis said a priest once told him about some people in a parish whose tongues were so long from wagging gossip that "they could take Communion from the front door; they could reach the altar with the tongue they have."

"This is the enemy that destroys our communities — chatter," he said, adding it was also "the most common sin in our Christian communities."