Archbishop Christophe Pierre, the apostolic nuncio to the US, says people cannot exist in the past 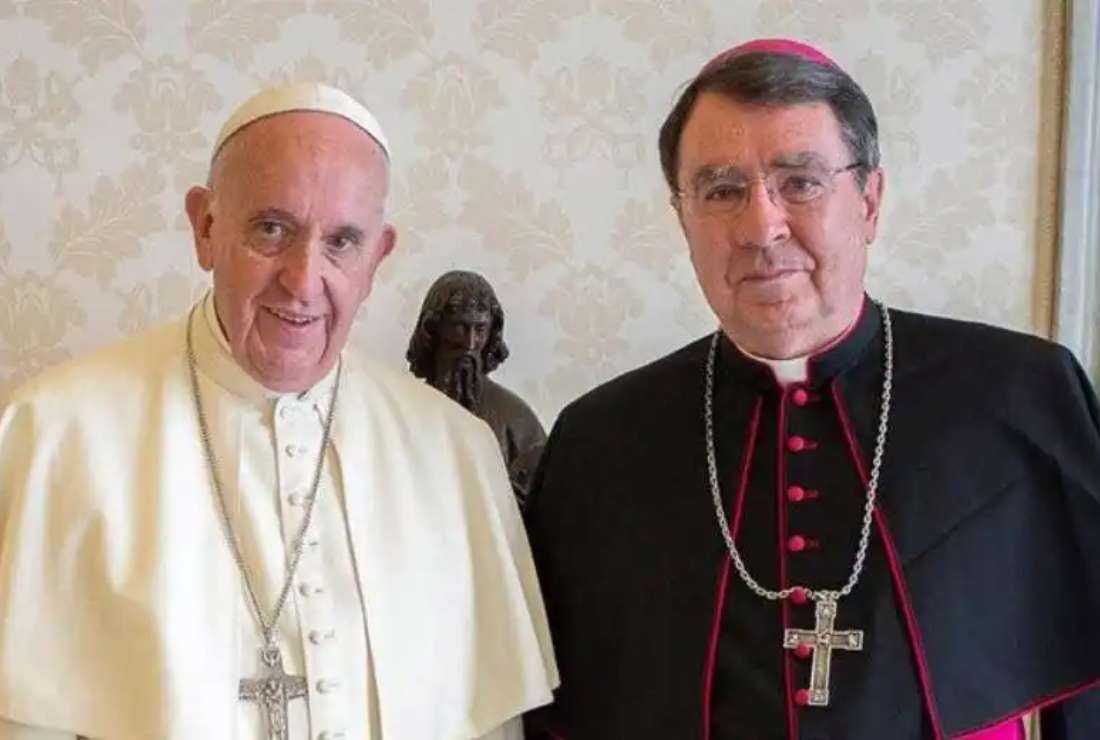 The Catholic faithful must "be the light of the world today" in both the church and society, said Archbishop Christophe Pierre, apostolic nuncio to the U.S.

"This is what I think Pope Francis wants us to be," he told the Tennessee Register, newspaper of the Diocese of Nashville.

The archbishop visited the diocese to celebrate a July 25 Mass at the Cathedral of the Incarnation for eight women religious making their perpetual religious profession as members of the Dominican Sisters of St. Cecilia Congregation.

Archbishop Pierre sat down for an interview about three of the largest current conversations in the church: the upcoming world Synod of Bishops on synodality, the U.S. church's National Eucharistic Revival and the aftermath of the U.S. Supreme Court overturning Roe v. Wade ruling, which in 1973 legalized abortion nationwide.

"We are living in a time of difficulties because of synchronizations, because of fragmentation of society, so the church has to be a church in today's world, not yesterday," he said. "Many people dream about the past, but we cannot exist in the past. Jesus is incarnate into the human reality today."

The pope's desire that Catholics "be the light of the world today" doesn't mean "he's changing the doctrine of the faith," Archbishop Pierre said. "The story is the same, precisely, the Gospel is the good news, when he tells us to rediscover who we are and where we are going."

Regarding the synod, dioceses worldwide have been holding listening sessions with the faithful for many months in preparation for it.

The pope "wants to put the church in a kind of synodal mentality, which should be the way of the church. We are to work together," Archbishop Pierre said.

Synodality "has always been the way of the church, so why is the pope asking us to do this now?" he continued. "We live in a time where ... there is a lack of communication and education, especially in the communication of the faith. ... To communicate, we need to be connected and work together."

In his homily when he first launched the synodality process, Pope Francis outlined three key points for the synod, the first being to encounter each other.

"We must organize true encounters between one another. This is needed today, even in families," Archbishop Pierre said. "There is a process now of individualism, of synchronization, of isolation of people.

The second key point is to listening to one another once the encounter has been made.

"The listening process is not just the necessity to listen. ... There is another dimension, which we have forgotten as a church," Archbishop Pierre said. "We need to listen to the Holy Spirit living in the church and this is a process which needs prayer and attention."

The third key point is "we listen to one another and together we try to discern where to go," he continued. "And the purpose is to be evangelized. ... For that, we need ... strong leadership. This is what synodality is all about."

Archbishop Pierre said the U.S. Catholic Church's National Eucharistic Revival -- with its goal that Catholics truly understand that belief in the Real Presence in the Eucharist is central to the faith -- is another way of reaching that mission of being a synodal church.

The revival, which will culminate in the National Eucharistic Congress in Indianapolis in 2024, is the bishops' response to polls showing that belief in the Real Presence in the Eucharist is waning among professed Catholics.

"The bishops are the shepherds. They are supposed to lead the people and to help the people to be evangelized. The eucharistic renewal should not be isolated from the rest of the process of the church," he said.

"To evangelize is to promote, to help the people to have a personal encounter with Christ, the Son of God."

He said the U.S. bishops undertaken this initiative because "they realize that maybe we don't fully understand what it means to be church."

The archbishop added, "We need really ... to be renewed in the experience that we have every day through the liturgy, the catechesis ... listening to the voice of God and discerning who we are" in communion with God and living in the world as witnesses "of the presence of God."

Perhaps this witness is needed now more than ever in this country in the aftermath of the court's reversal of Roe and the divide between those who oppose abortion and those who regard it as a right.

"There is no right to abortion," Archbishop Pierre said.

"The church has a kind of global view of the problem. We save life because life is sacred. That's it. It's created by God," Archbishop Pierre said. "But we also know that no life will come without a mother, without family, without love, so there is a problem in our society.le.