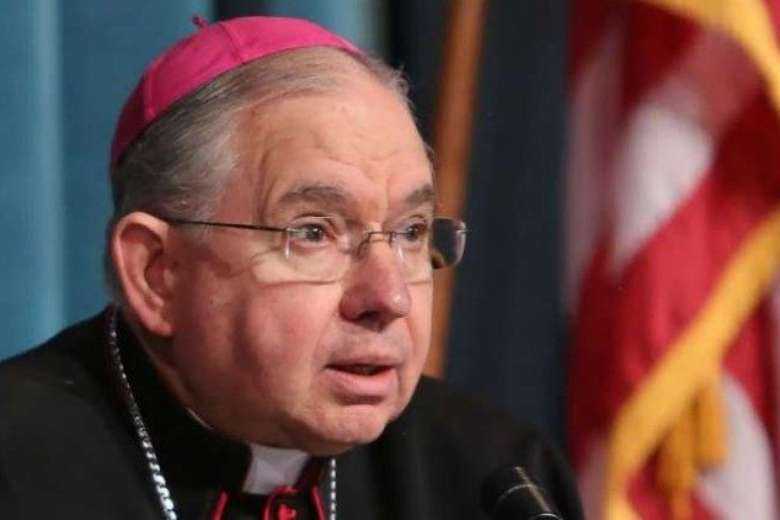 Pope Francis' encyclical Fratelli Tutti is a "challenging document" because of the many issues it covers, but it's also "very practical" because it "talks about the foundations of our Catholic commitments to building a better society and a better world," Los Angeles Archbishop José H. Gomez said April 15.

"At the heart of Fratelli Tutti is the simple and beautiful vision of the Gospel -- that God our Father has created every human being with sanctity and dignity, with equal rights and duties, and that our Creator calls us to form a single human family in which we live as brothers and sisters," the archbishop said.

"The pope wants the church to be the vanguard in society, to help our neighbors to see that we are called to create a shared community in which every human person is cherished and respected," he added.

The prelate, who is the president of the U.S. Conference of Catholic Bishops, made the comments in a keynote address for the Minnesota Catholic Conference's "Catholics at the Capitol" Day in St. Paul.

Originally slated to be an in-person event, the organizers shifted to a virtual format in the wake of violence following the April 11 police shooting of Daunte Wright, a 20-year-old black man, in Brooklyn Center, near Minneapolis. Archbishop Gomez's remarks were delivered via Zoom.

Wright's death set off three nights of protests and vandalism in Brooklyn Center and patrols by police, State Patrol and Minnesota National Guard, as well as dozens of arrests.

"I am very sorry we cannot all be together today 'in person,'" Archbishop Gomez said. "My friends, on behalf of the Catholic people of Los Angeles and the nation's bishops, I want to say that we are praying for all of you and for the whole church in Minnesota in this challenging moment."

"We pray for peace and we pray for justice, and we pray for the families of all those involved in the latest violence," he said. "Please know that the church remains committed to providing long-term leadership in the struggle against racism throughout the United States ... We need to stand together as one church to eradicate this evil from our own hearts, from the hearts of our neighbors, and from the structures of our society."

Archbishop Gomez called the "Catholics at the Capitol" Day "an important witness to the church's vision for social justice and the common good" and said the gathering provided an opportunity to reflect on Fratelli Tutti, on Fraternity and Social Friendship" and "what it means for our mission in this moment."

In it the pope "is setting out a vision for rebuilding the world after this pandemic -- not just politically and economically, but also, spiritually, culturally and morally," he said. "The pope recognizes, as we do, that the coronavirus pandemic has exposed deep inequalities in our societies and that in many ways, the pandemic has made those inequalities even worse."

Pope Francis writes about "the rise of racism and nationalism, the struggles of immigrants and refugees, and critical issues like the death penalty, war and poverty" and a host of other issues, he said, "but he goes even deeper, offering a kind of 'prophetic reading' of the signs of the times."

The pontiff addresses what's "at the heart of some troubling trends in our societies," such as polarization, extremism, the breakdown of politics, "radical individualism" and a "throwaway world," evidenced by "declining birthrates, the shameful treatment of the elderly, the destruction of the unborn," the archbishop said.

It's "a challenging document," but at the heart of it, he continued, "is the simple and beautiful vision of the Gospel -- that God our Father has created every human being with sanctity and dignity, with equal rights and duties, and that our Creator calls us to form a single human family in which we live as brothers and sisters."

Archbishop Gomez added, "The church is not a political party and we are not activists. We are Catholics. Before everything else, this is our identity, this is who we are. ... Our vision and our approach to social justice must be different."

"And true social justice can never be obtained without simple human kindness, compassion and forgiveness."

As Catholics, we also believe that the most basic purpose of government and policy is to protect the sanctity and dignity of the person

In a country where politics and the culture "are aggressively secular," some leaders "seem to want to close our society off from Christian ideas and values," he said, and he is "troubled by the growing censorship of Christian viewpoints on the internet and social media and the marginalization of believers in other areas of our public discourse."

Such trends "amount to a rejection of America's founding principles and the consequences are not healthy for our society," he said.

Catholics "need to insist -- as Pope Francis insists -- that religious freedom is a fundamental right," but we also need "to insist that the church has a vital contribution to make to make in promoting social justice and helping to shape the direction of America society," the archbishop said.

We're also "called to keep the truth alive about the human person -- the truth that every person in our society has a soul that is destined for eternity and a meaning and purpose that transcends this world," Archbishop Gomez said. "As Catholics, we also believe that the most basic purpose of government and policy is to protect the sanctity and dignity of the person, from the moment they are conceived until the moment they draw their dying breath."

"Our task in this moment," he added, "is to bring this beautiful vision to our public discourse ... to proclaim Christ, to love our enemies, and to work with love to persuade people and to change hearts and minds."