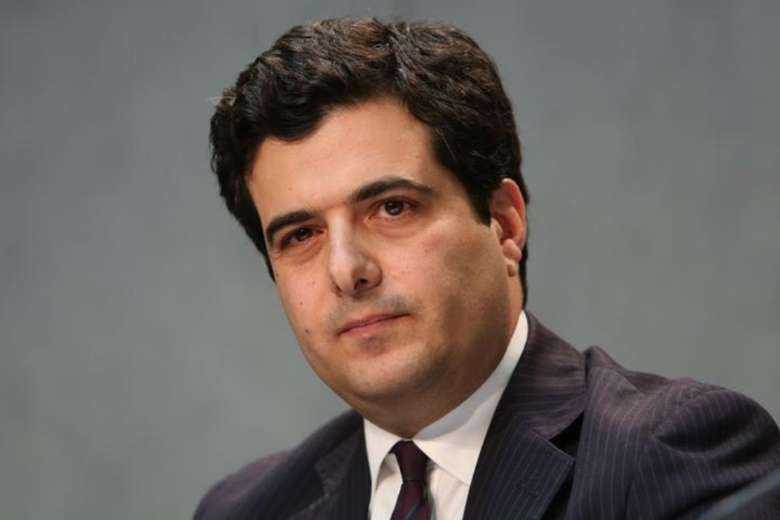 The former director of the Vatican's financial watchdog agency told the Vatican court that his office's minimal involvement in a costly property deal was at the behest of Pope Francis and several top Vatican officials.

Tommaso Di Ruzza, the former director of the Vatican watchdog agency, then known as the Financial Information Authority, or AIF, is one of nine defendants facing a slew charges related to financial malfeasance.

At the April 27 session of the trial, he testified that, during a March 2019 meeting, the pope asked Archbishop Edgar Peña Parra, substitute secretary for general affairs in the Vatican Secretariat of State, to update AIF on the situation with the London property.

The pope, he said, "told me that he had invited Archbishop Peña Parra to speak to the president and the director of AIF as trustworthy persons of the Holy See," Di Ruzza said, referring to himself and the former president of AIF, René Brülhart.

He also said Pope Francis told him "that it was in the interest of the Holy See to turn over a new page" and that the Vatican would directly manage negotiations regarding the London property.

The former director of AIF was questioned by prosecutors and defendants' lawyers for several hours regarding his alleged involvement in the Vatican's majority stake purchase of a property development project in London's Chelsea district.

London-based Italian financier Raffaele Mincione purchased the London property in 2012 for 129 million British pounds. In 2014, he sold a minority stake in the development project to the Vatican for 200 million euros.

After relations with Mincione soured in 2018, the Vatican turned to Gianluigi Torzi, an Italian broker, to serve as the middleman in purchasing the majority stake on the property so the Vatican could end its dealings with Mincione.

According to prosecutors, the Vatican lost 350 million euros for the entire deal, including the debt owed on the property. Both Mincione and Torzi are facing several charges, including extortion, fraud and abuse of office.

In their 487-page indictment, Vatican prosecutors accused Di Ruzza and Brülhart of failing "to carry out any type of investigation" before approving the payments made to Mincione and Torzi.

Addressing the Vatican court, Di Ruzza said neither he nor his office played a role in a London property development deal that cost the Vatican millions of euros.

"I acted in the interest of the Holy See within the limits of my mandate and information available," Di Ruzza said.

He also said he had no contact with several defendants, including Mincione and Torzi.

Di Ruzza's testimony echoed that of Brülhart, who told the court April 5 that after a meeting Archbishop Peña Parra, he understood that the archbishop "and the secretary of state wanted to proceed under any circumstance," despite various warnings against dealing with Torzi.

The trial resumes on May 5.