Pope to hear confessions in St. Peter's Basilica this week 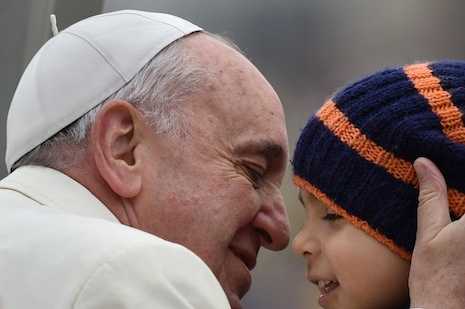 Pope Francis often repeats that going to Confession isn't like a torture chamber. Now,  the Pontifical Council for Promoting of the New Evangelization wants everyone to know why.

This Council asked all dioceses to have at least one parish open all day and night on May 28, so that anyone can go to Confession. The initiative is called "24 hours for the Lord.”
Archbishop Octavio Ruiz, Secretary, Pontifical Council for Promoting New Evangelization: "We have the impression that the Sacrament of Penitence is like a washing machine for sins. Some think that you only have to go in front of a man, who is also a sinner, tell him your sins, blush a little bit, and sometimes even be willing to listen to very tough words. But Confession is something different: is where God embraces you and you open yourself to His Love.”
Pope Francis will support the initiative by administering confessions in St. Peter's Basilica. The Pope, who admits he goes to Confession every two weeks, welcomed the idea.
Archbishop Octavio Ruiz, Secretary, Pontifical Council for Promoting New Evangelization: "He gave us his permission immediately and we started preparing everything two months ago. So we didn't have a lot of time to organize it really, but Pope Francis embraced the initiative fully and encouraged us to carry it on enthusiastically. We wrote a letter on his behalf to all dioceses inviting them to join in.”
It's the first time the Vatican launches an initiative of this kind, and it hopes it becomes a tradition. Specially the council wants to highlight that Confession is an important step in the Christian life.
Full Story: Pope Francis will hold Confessions in St. Peter's Basilica
Source:Rome Reports