Two from India and one each from Mongolia, Singapore and East Timor are among the new cardinals 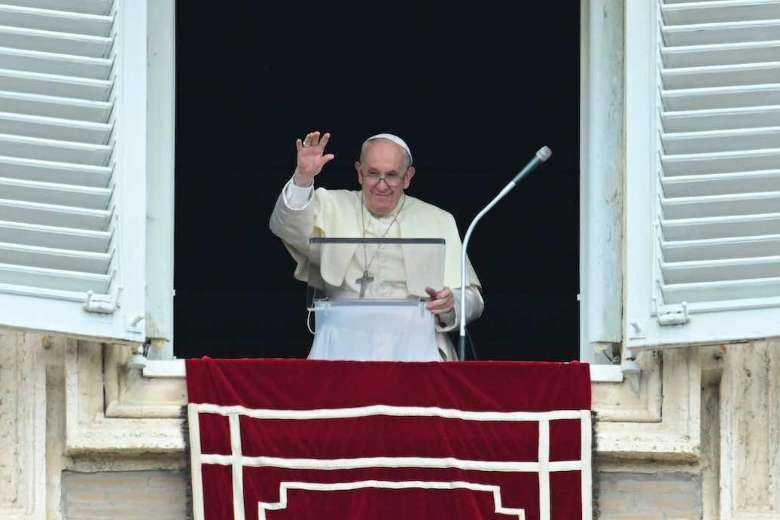 Pope Francis waves from the window of the apostolic palace overlooking St. Peter's Square as he leads the Regina Coeli prayer on May 29, 2022 in The Vatican. (Photo by VINCENZO PINTO / AFP)

By AFP and UCA News reporter

Pope Francis will create 21 new cardinals in the next consistory on Aug. 27, including five archbishops and one bishop from Asia.

The pope made the announcement in front of the crowd at St. Peter’s Square after the “Regina Coeli” address on May 29.

"Let us pray for the new cardinals so that, in confirming their adhesion to Christ, they may help me in my ministry as bishop of Rome for the good of the entire holy people of God," Pope Francis said.

Sixteen of the new cardinals are under the age of 80, who are eligible to vote in a conclave to elect the successor of Pope Francis, and for five others the title is mostly honorary.

Three of the new cardinals are from Roman Curia, the Church’s central administration. They are Archbishop Arthur Roche, prefect of the Congregation for Divine Worship and the Sacraments; Archbishop Lazarus You Heung-sik, prefect of the Congregation for Clergy; and Archbishop Fernando Vérgez Alzaga, president of the Pontifical Commission for Vatican City State and president of the Governorate of Vatican City State.

The consistory, the formal meeting of the College of Cardinals, in August will be the eighth consistory during the pontificate of Pope Francis.

Following the consistory the pope will reflect and discuss with the cardinals on the new Vatican constitution, Praedicate Evangelium (Preach the Gospel), on Aug. 29-30. The formal legislation was declared in March and will be in effect on June 5.

The new cardinals represent various continents and cultures – eight from Europe, six from Asia, two from Africa, four from Central and Latin America and one from North America.

Here is the full list of the new cardinals, in the order named by the pope as reported by Catholic News Service:

-- Archbishop Arthur Roche, 72, prefect of the Congregation for Divine Worship and the Sacraments.

-- Archbishop Lazarus You Heung-sik, 70, prefect of the Congregation for Clergy.

-- Bishop Giorgio Marengo, apostolic prefect of Ulaanbaatar, Mongolia, who will be 48 June 7.