Pope speaks out on the dangers of gossip

At his early morning Mass, Pope Francis extolled the virtues of meekness 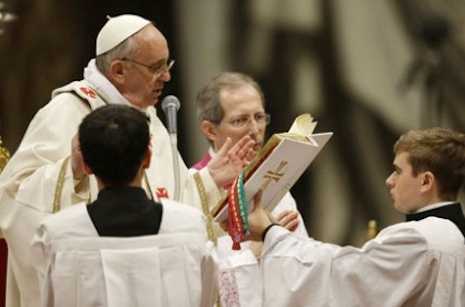 By Cindy Wooden for Catholic Herald

Christians need to recover the value of meekness, particularly when they are tempted to speak ill of one another, Pope Francis said during his early morning Mass on Tuesday.

Complaining behind each others’ backs is a temptation that comes “from the Evil One who does not want the Spirit to dwell among us and give peace, meekness to the Christian community,” the Pope said.

Joining Pope Francis for the Mass at the Domus Sanctae Marthae were staff members of the Vatican health service and from the general services department of the office governing Vatican City State.

The Pope’s brief homily focused on the first reading, from the Acts of the Apostles, which describes the members of the earliest Christian community as being “of one heart and mind.”

Catholics today must strive to model their relationships on those of the earliest Christians, who truly lived the experience of having received a new life through baptism, Pope Francis said. The new life offered through the grace of baptism is something that Christians must work on developing; even though it “principally depends on the Spirit,” he added, it also takes effort on the part of each individual to cooperate with that grace.

The new life of the early Christians was expressed in “that unity, unanimity, that harmony of feelings in mutual love,” he said, according to Vatican Radio. He said the virtue of meekness, which is a key to harmony, has been “a bit forgotten.”

Meekness, he said, has “many enemies” and the first is gossip. “When one prefers gossiping, gossiping about another, it’s like clobbering another. This is normal, it happens to everyone, including me, it is a temptation of the Evil One.”

The struggle against such harmful chatter, he said, is something that continually sows tensions in parishes, families, neighborhoods and among friends. “But this is not the new life” promised by baptism, because when the Holy Spirit descends, “it gives birth to a new life within us, it makes us meek, charitable,” the Pope explained.