In latest interview, he also stresses he is not a Marxist 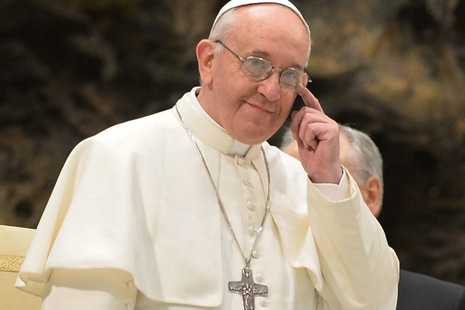 The idea that Pope Francis might appoint women cardinals was always a long shot, and now it’s officially dead in the water. In aninterview with the Italian daily La Stampa, the pope was asked about the possibility and responded:

“I don’t know where this idea sprang from. Women in the Church must be valued not 'clericalized'. Whoever thinks of women as cardinals suffers a bit from clericalism.”

That would appear to rule out lay cardinals altogether.

Evidently the pope is eager to take aim at clericalism in the church at some levels, but is not willing to upend tradition when it comes to the College of Cardinals. I still think he may make other significant changes when he names new cardinals in coming weeks, like expanding the College and choosing more non-Curial members.

This interview is not as interesting as previous journalistic give-and-takes with Pope Francis. In some of his responses, the pope almost seems defensive, trying to explain some of his previous statements and deflating some expectations.

On the issue of economic justice, he explains his critique of the current global economy in his recent document on evangelization:

"There is nothing in the Exhortation that cannot be found in the social Doctrine of the Church. I wasn’t speaking from a technical point of view, what I was trying to do was to give a picture of what is going on.

The only specific quote I used was the one regarding the “trickle-down theories” which assume that economic growth, encouraged by a free market, will inevitably succeed in bringing about greater justice and social inclusiveness in the world. The promise was that when the glass was full, it would overflow, benefitting the poor. But what happens instead, is that when the glass is full, it magically gets bigger nothing ever comes out for the poor.

This was the only reference to a specific theory. I was not, I repeat, speaking from a technical point of view but according to the Church’s social doctrine. This does not mean being a Marxist."