Pope says all who do good will be redeemed, including atheists

Doing good is cited as the principle that unites humanity 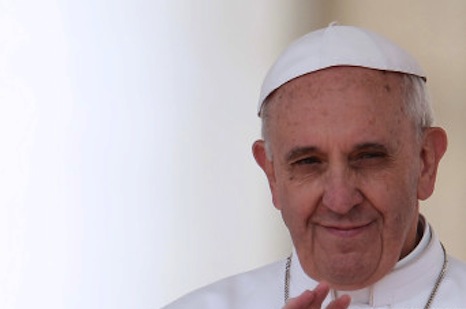 Pope Francis rocked some religious and atheist minds today when he declared that everyone was redeemed through Jesus, including atheists.

During his homily at Wednesday Mass in Rome, Francis emphasized the importance of "doing good" as a principle that unites all humanity, and a "culture of encounter" to support peace.

Using scripture from the Gospel of Mark, Francis explained how upset Jesus' disciples were that someone outside their group was doing good, according to a report from Vatican Radio.

“They complain,” the Pope said in his homily, because they say, “If he is not one of us, he cannot do good. If he is not of our party, he cannot do good.” And Jesus corrects them: “Do not hinder him, he says, let him do good.” The disciples, Pope Francis explains, “were a little intolerant,” closed off by the idea of possessing the truth, convinced that “those who do not have the truth, cannot do good.” “This was wrong . . . Jesus broadens the horizon.” Pope Francis said, “The root of this possibility of doing good – that we all have – is in creation”

Pope Francis went further in his sermon to say:

"The Lord created us in His image and likeness, and we are the image of the Lord, and He does good and all of us have this commandment at heart: do good and do not do evil. All of us. ‘But, Father, this is not Catholic! He cannot do good.’ Yes, he can... "The Lord has redeemed all of us, all of us, with the Blood of Christ: all of us, not just Catholics. Everyone! ‘Father, the atheists?’ Even the atheists. Everyone!".. We must meet one another doing good. ‘But I don’t believe, Father, I am an atheist!’ But do good: we will meet one another there.”

Responding to the leader of the Roman Catholic church's homily, Father James Martin, S.J. wrote in an email to The Huffington Post:

"Pope Francis is saying, more clearly than ever before, that Christ offered himself as a sacrifice for everyone. That's always been a Christian belief. You can find St. Paul saying in the First Letter to Timothy that Jesus gave himself as a "ransom for all."

But rarely do you hear it said by Catholics so forcefully, and with such evident joy. And in this era of religious controversies, it's a timely reminder that God cannot be confined to our narrow categories."

Of course, not all Christians believe that those who don't believe will be redeemed, and the Pope's words may spark memories of the deep divisions from the Protestant reformation over the belief in redemption through grace versus redemption through works.

The pope's comment has also struck a chord on Reddit, where it is the second most-shared piece.