At least 50 people, mostly girls leaving a school, were killed on May 9 in Afghanistan's capital Kabul 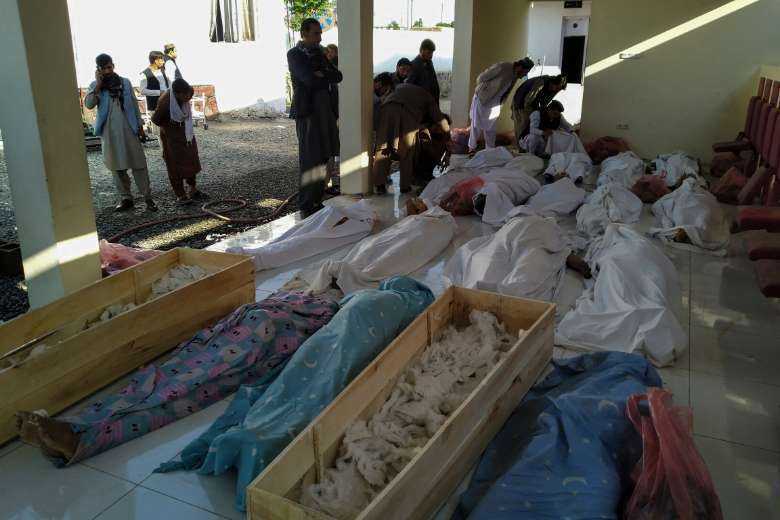 Relatives stand near victims a day after a car bomb attack in which at least 24 people were killed and nearly 110 wounded in the Pul-e-Alam area of Afghanistan's Logar province on May 1. (Photo: AFP)

Pope Francis greeted all mothers during his Sunday address and prayed for the victims of a terrorist attack in Afghanistan.

As the world celebrated Mothers’ Day on May 9, the Catholic leader greeted all mothers, including those who have died.

“We greet all the mothers of the world, even those who have passed away,” said the pope. “A round of applause for mothers!”

He made a separate appeal at the Sunday Regina Coeli address seeking prayers for the victims of a terrorist attack in Afghanistan, Vatican News reported.

At least 50 people, mostly students leaving a girls’ secondary school, were killed on May 9 in Afghanistan’s capital Kabul.

It is an “inhumane action,” the pope said as he asked people to pray for the victims and their families. “And may God grant peace to Afghanistan,” he prayed.

The pope also expressed concern over the violence and increasing tension in Colombia and prayed for its people.

At least 24 people have died and hundreds have been injured since the protest began in the Latin American nation on April 28. Close to 100 people are also reported missing.

The protests began after the government proposed a tax reform that has since been withdrawn.

However, protests have continued to demand better health care, education and pensions.