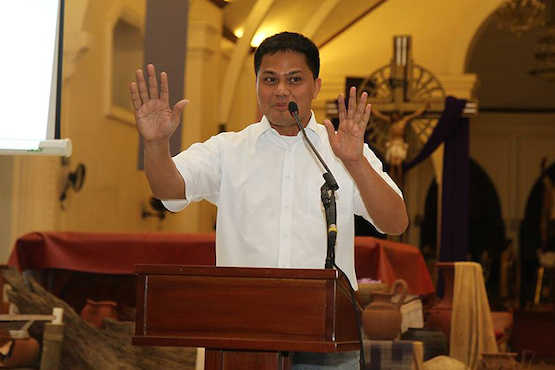 Pope Francis this week named Father Raul Dael as the new bishop of Tandang Diocese in the southern Philippines.

The priest, who has been serving as vicar for the clergy in Cagayan de Oro Archdiocese, will succeed Bishop Nereo Odchimar who is retiring.

Bishop Odchimar, 77, has served the diocese for almost 17 years and is a former president of the country's Catholic bishops' conference.

Father Dael was born on Oct. 10, 1966, and completed his Philosophy studies at the Jesuit-run Xavier University in Cagayan de Oro City.

He took up his Theology studies at St. John Vianney Seminary in the same city. He was ordained in 1993 and began his ministry as vicar of the archdiocese's metropolitan cathedral.

In 2000, he obtained a Licentiate in Theology at the Loyola School of Theology of the Ateneo de Manila University and served as professor at St. John Vianney Seminary.

He finished his spirituality studies at the Pontifical Gregorian University in Rome in 2009.