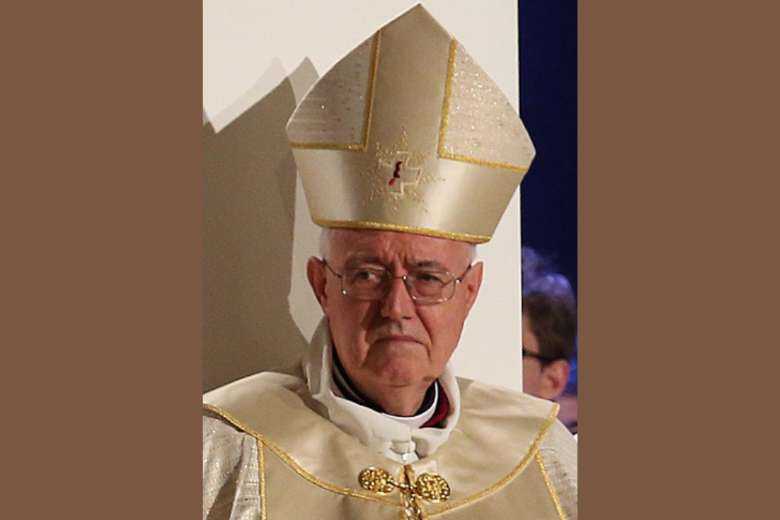 Although young adults from across Europe will not pray in the New Year together in Turin, they were gathering online to do so and to focus on ways to increase unity in a fractured world.

The Turin meeting, already postponed from 2020, has been rescheduled for July, but Archbishop Cesare Nosiglia of Turin decided to go forward with a special exhibition of the Shroud of Turin, the 14-foot-by-4-foot linen cloth many people believe is Jesus' burial shroud.

The archbishop and Brother Alois, prior of Taizé, were to be joined by young adults from Turin and the surrounding area Dec. 30 in praying before and contemplating the shroud. Tens of thousands of young people were expected to join them virtually.

The exhibition was part of the Taizé community's annual end-of-year ecumenical prayer gathering, which moved online Dec. 28-31 and was supported by prayers and messages from Pope Francis, Ecumenical Patriarch Bartholomew of Constantinople and other leaders.

"Your meeting is taking place at a time when there are many reasons for concern," wrote Cardinal Pietro Parolin, Vatican secretary of state, who assured the young adults of Pope Francis' blessing in a message released Dec. 30.

Young people, he said, have many weighty questions on their minds: "Does our planet have a future? What responsibilities do we have to take to ensure its protection and make the earth habitable? As polarizations increase, how can we, according to your theme for the coming year, 'become builders of unity'?"

"Instead of giving in to defeatism and running away from these questions, you have decided to tackle them head on, to seek together, to pray, to listen to the Word of God, to let it shed light on increasingly complex human situations," the cardinal wrote.

The description of Pentecost in the Acts of the Apostles indicates how important it is to be gathered in prayer to experience the power and gifts of the Holy Spirit, he said, for "it is when we are together that the Spirit of God blows in a special way."

The young Christians of Europe, he said, are not looking away from "the human suffering and glaring problems of the present moment," but are examining them and examining themselves to see how they can contribute solutions.

While "there is no lack of subjects for anguish, it is no less true that the Spirit of God never ceases to work and to raise up creators of fraternity, solidarity and unity," Cardinal Parolin wrote.

Encouraging the young people to dive deep into the rhythmic calm of the Taizé chants and the long moments of silence that are part of the Taizé prayer, Patriarch Bartholomew told them that expecting everything to happen instantly "profoundly modifies our ability to appreciate and contemplate the beauty of a world which, although immobile, is nevertheless in constant transformation."

The patriarch said he wasn't asking the young people to shun technology or science, which, for example, led to "the production in record time of the vaccine" against COVID-19, but he warned against "too much love of our own power, completely disconnected from the only power that matters, that of love."

The unity the world needs and that the young people want to help nourish can thrive only on humility, he said. "Unity is rooted in humility. It is its perfect setting, the sign of hope by which all our divisions will be lifted."

He asked them to consider the meetings described in the Christmas story: the angels and shepherds, the Magi, heaven and Earth itself.

Those meetings, he said, show how in Christ, "God offers himself to our world and to our humanity as a bond of unity. He brings together locals and foreigners, scholars and simple people, celestial beings and those who tread the earth. He clears the blocked horizons of a young couple in difficulty by an early birth! In Christ, God is revealed as a bond of unity."