Share this article :
Pope Francis has appointed Indonesian Bishops’ Conference (KWI) executive secretary Father Siprianus Hormat as the new bishop of Ruteng Diocese. The post has remained vacant for more than two years since the resignation of the last bishop following sex and financial scandals. The appointment was officially announced by the apostolic nuncio to Indonesia, Archbishop Piero Pioppo, at a Mass on Nov. 13 at Our Lady of the Assumption Cathedral Church in Jakarta. Bishop-elect Siprianus, was born on July 16, 1965, and entered the Pius XII Minor Seminary in Kisol before attending the Ledalero School of Philosophy and Theology in East Nusa Tenggara province. He was ordained a priest on Oct. 8, 1995, and holds a licentiate in moral theology from the Alphonsianum in Rome. He also attended a course for formators at the Pontifical Gregorian University, also in Rome.
Related News 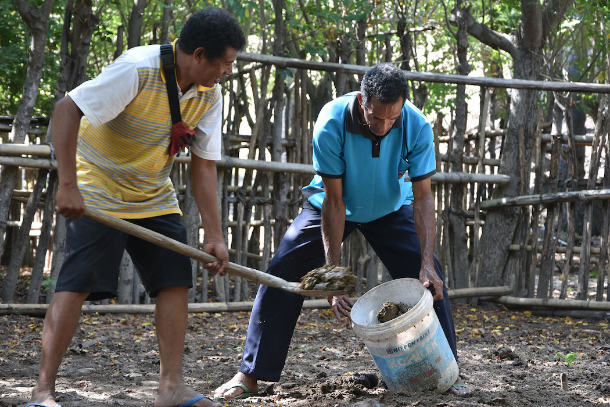 The new bishop has held several posts, including parish priest of St. Vitalis Church in Cewonikit, chairman of the Ruteng Diocese’s Commission for Youth and formator at St. Peter Major Interdiocesan Seminary in Ritapiret He has also served as a trainer and lecturer at the Diocesan Pastoral Institute of Ruteng, secretary of the KWI’s Commission for Seminary, secretary of the Indonesian Biblical Association and chairman of the Association of Diocesan Priests. He has served as executive secretary of the KWI since 2016. KWI chairman Cardinal Ignatius Suharyo Hardjoatmodjo of Jakarta said Bishop-elect Siprianus fully deserves his elevation.  “I believe he has been prepared for this and has gone through the process of personal maturation,” he told ucanews. “It is a blessing from God for the Diocese of Ruteng and Indonesia.” Bishop-elect Siprianus said when Archbishop Pioppo summoned him on Nov. 5 and told him about the appointment, the news came as a complete surprise. “I was speechless at first,” he told ucanews after the Nov. 13 Mass, adding the post comes with a huge responsibility. He said he will choose one biblical verse for his episcopal ministry’s spirit. “I plan to take Colossians 3:14: ‘And above all these, put on love, which binds everything together in perfect harmony.’ A bishop should be able to bind priests and laypeople together in love,” he said. Ruteng Diocese was previously led by Bishop Hubertus Leteng, who was accused by his own priests of misappropriating church funds and keeping a mistress before he resigned in 2017. Bishop Silvester San of Denpasar has since served as apostolic administrator of the diocese.