The day falls close to the feast of Saints Joachim and Anne, the Biblical grandparents of Jesus British World War II veteran Captain Tom Moore, 99, poses with his walking frame doing a lap of his garden in the village of Marston Moretaine, 50 miles north of London, on April 16, 2020. (Photo: AFP)

Pope Francis has instituted the fourth Sunday of July as the World Day for Grandparents and the Elderly, recalling the elderly Simeon and Anna's encounter with child Jesus.

"The Holy Spirit even today stirs up thoughts and words of wisdom in the elderly," Pope Francis said during the Jan. 31 Angelus. The voice of the elderly "is precious because it sings the praises of God and preserves the roots of the peoples," the Vatican News reported on Feb. 1.
Donate to UCA News with a small contribution of your choice
The World Day falls close to the feast of Sts Joachim and Anne, grandparents of Jesus.Old age is a gift and grandparents serve as the link between different generations, he added.

The Holy Father instituted the World Day of Grandparents and the Elderly at a time when "grandparents are often forgotten," so also as an act of "preserving roots and passing on."

Reacting to the announcement, Cardinal Kevin Farrell, Prefect of the Dicastery for Laity, Family and Life, said that establishment of the Day of Grandparents and the Elderly "is the first fruits of the Amoris Laetitia Family Year, a gift to the whole Church that is destined to continue."

He added, "The pastoral care of the elderly is a priority that can no longer be postponed by any Christian community. In the encyclical Fratelli tutti, the Holy Father reminds us that no one is saved alone. With this in mind, we must treasure the spiritual and human wealth that has been handed down from generation to generation."

As part of the first World Day celebration, the pope will conduct the Mass on the evening of Sunday, 25 July, in St Peter's, subject to the health norms active then. The dicastery is planning to hold other programs to mark the event. 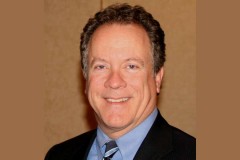 Vittorio Scelzo, who is associated with the Dicastery for Laity, Family, and Life, said, "The poor, the Bible and the elderly" are "three priorities" of Pope Francis' pontificate, priorities that are destined "to mark the future of the Church."

"The opposite of the culture of discarding is precisely pastoral care for the elderly: putting the elderly at the center of the life of our communities every day. Not only in emergencies, not only when it is too late to realize this," Scelzo said.