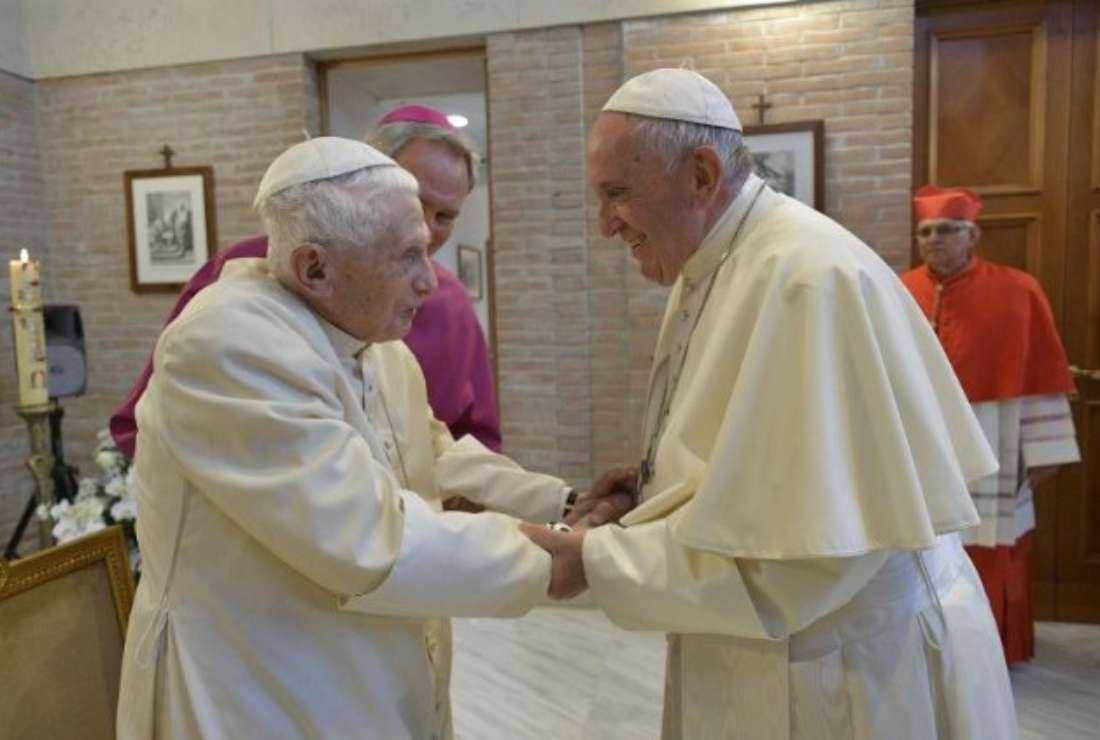 Presenting the Ratzinger Prize to a French Jesuit theologian and a Jewish law professor, Pope Francis paid tribute to his predecessor and his theological work.

"I have many opportunities for a personal, fraternal and affectionate encounter with the pope emeritus," retired Pope Benedict XVI, Pope Francis told those gathered at the Vatican Dec. 1 to honor Jesuit Father Michel Fédou, professor of dogmatic theology and patristics at the Centre Sèvres of Paris, and Joseph H. H. Weiler, a professor of law at New York University School of Law.

"All of us sense his spiritual presence, his accompaniment in prayer for the whole church and his constant contemplative gaze," Pope Francis said of the 95-year-old retired pope, who did not attend the ceremony.

The Ratzinger Prize, a sort of "Nobel Prize in Theology," honors two scholars each year. Pope Francis chooses them from among candidates recommended by a committee of the Joseph Ratzinger-Benedict XVI Foundation, which supports theological research and promotes studies on the theology and teaching of the retired pope.

Pope Francis said the conferral of the awards is an important opportunity to reaffirm that the retired pope's "theological work and, more generally, his thinking and insights, continue to be fruitful and effective."

The work of the foundation, the pope said, is inspired by the conviction that the magisterium and thought of Pope Benedict "are not directed toward the past, but are fruitful for the future, for the implementation of the (Second Vatican) Council and for dialogue between the church and today's world," including in the areas of "integral ecology, human rights and the encounter between different cultures."

Pope Francis also asked the foundations named after and promoting the teachings of Pope Benedict, St. John Paul II and Blessed John Paul I to collaborate "so that the memory and the vitality of the message of these three popes will be promoted concordantly within the ecclesial community."