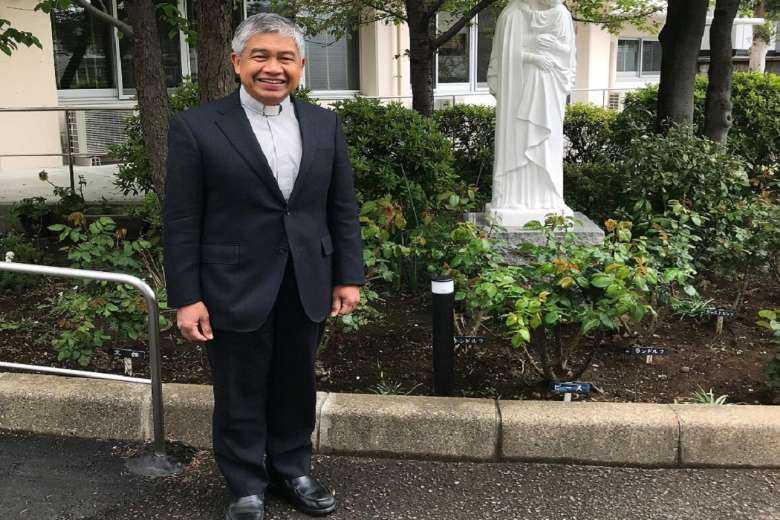 Father Edgar Gacutan has been appointed the new bishop of Sendai Diocese in Japan. (Photo: Congregation of the Immaculate Heart of Mary)

Pope Francis has appointed a Filipino missionary priest as the new bishop of Sendai Diocese in Japan.

The appointment was announced on Dec. 8, the Feast of the Immaculate Conception.

Father Edgar Gacutan, 57, a member of the Congregation of the Immaculate Heart of Mary, becomes the first Filipino to be named a bishop in Japan.

He is currently serving as parish priest at Matsubara Catholic Church in Tokyo’s Setagaya district.

Father Gacutan was born in Cagayan province north of Manila in 1964 and studied philosophy at Saint Louis University in Baguio City from 1981 to 1985.

The university was run by the Congregation of the Immaculate Heart of Mary, which he later joined.

From 1986 to 1989, he attended Maryhill School of Theology in Quezon City before being ordained a priest in 1994 and sent to Japan where he served a parish in Osaka for six years.

In 2004, he was appointed the superior of the congregation’s Japanese province and served in that post until 2012.

From 2014 to 2017, he worked for victims of the 2011 Tohoku earthquake and tsunami where many noticed his “deep concern” for the poor.

Filipino Catholics who know Father Gacutan said they were not surprised to learn he had been appointed a bishop.

“Honestly, we knew it was coming ... He is a very holy man who serves his parishioners with compassion and has a deep closeness with the poor,” Tokyo-based parishioner Melba Dominguez told UCA News.

“He shows that the Church is human, ready to welcome anyone within its walls,” she added.

Another of his parishioners said Father Gacutan’s appointment as bishop is a fruit of the blood of Filipino martyr Lorenzo Ruiz, who was tortured and hanged upside down in a pit during the Tokugawa shogunate in the 17th century.

“Saint Lorenzo did not die in vain. Now we have a bishop ... A Filipino bishop here on the very soil where he was martyred,” Filipino-Japanese Kamichi Toga said.