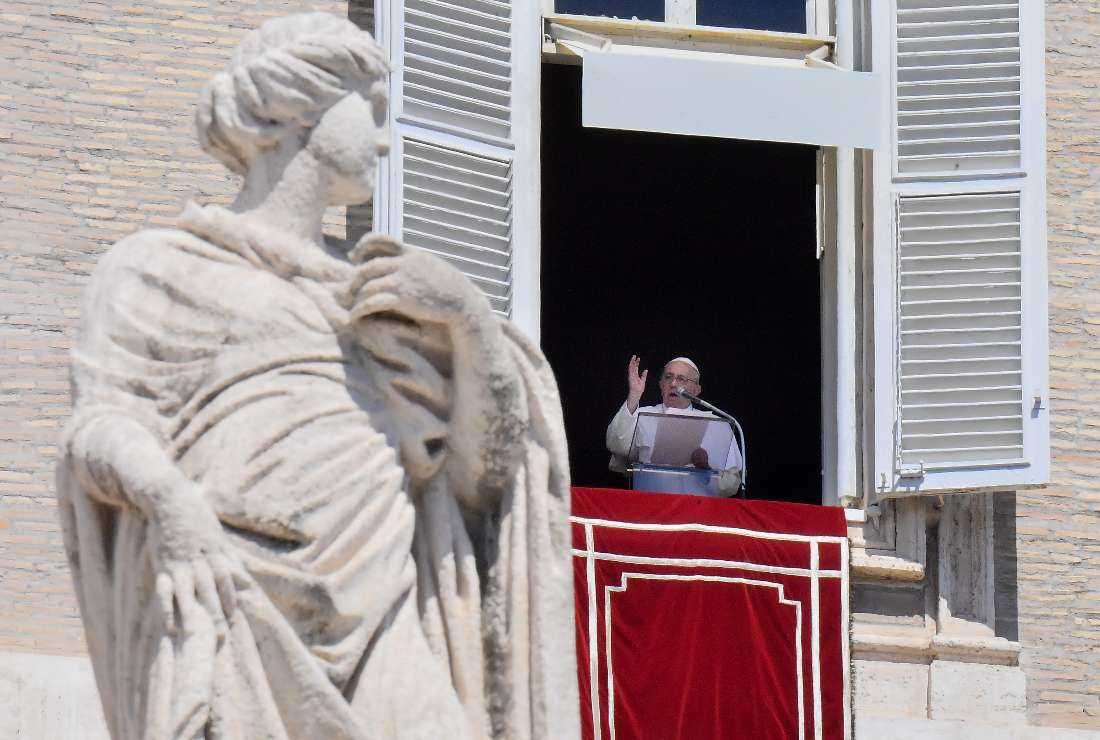 Pope Francis speaks from the window of the apostolic palace during the weekly Angelus prayer in the Vatican on Aug. 14. (Photo: AFP)

Pope Francis on Sunday called for international help for Somalia to fight a "deadly" drought that the UN says has displaced one million people.

The 85-year-old pontiff drew attention to what he called the "serious humanitarian crisis" in Somalia and parts of surrounding countries after his weekly Angelus prayer at the Vatican.

"The people of this region, already living in very precarious conditions, are now in a deadly period due to drought," he said.

"I hope that international solidarity can respond to this emergency.

"Unfortunately, war diverts attention and resources, but these are the goals that demand the most commitment -- the fight against hunger, health, education."

Somalia and its neighbours in the Horn of Africa including Ethiopia and Kenya are gripped by the worst drought in more than 40 years after four failed rainy seasons that have decimated crops and livestock.

More than 755,000 people have fled their homes but remain within Somalia's borders, which, when added to those who have fled abroad, brings the total to a million, the UN refugee agency UNHCR and Norwegian Refugee Council (NRC) said Thursday.

Conflict-wracked Somalia is particularly ill-equipped to cope with the situation, with a grinding Islamist insurgency limiting humanitarian access to parts of the country. Al-Shabaab militants have ratcheted up their attacks in recent months.