Francis, 85, visited Georgia and Azerbaijan in 2016 but has never visited Central Asia since his election in 2013 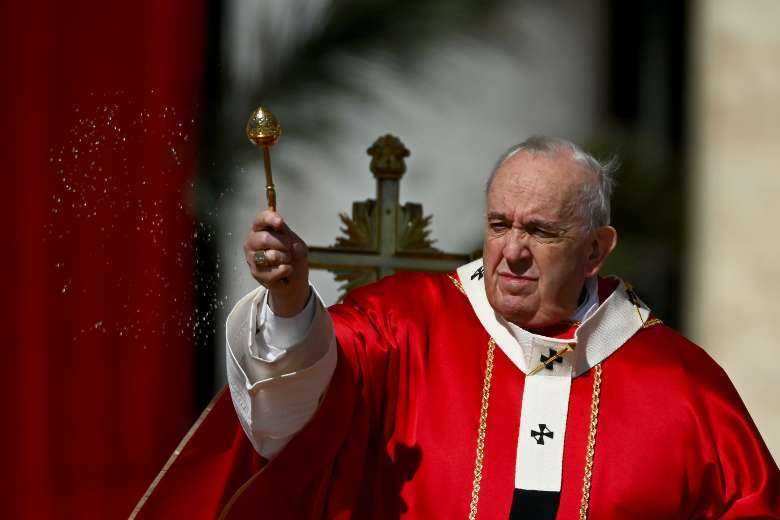 Pope Francis blesses olive branches as he leads the Palm Sunday Mass in St. Peter's Square at the Vatican on April 10. (Photo: AFP)

Pope Francis will visit Central Asia's largest nation of Kazakhstan in September, the country's presidency said on April 11, where he will participate in an interfaith dialogue.

During a video conference with President Kassym-Jomart Tokayev, the pope "confirmed his official visit to Kazakhstan as well as his participation in the Seventh Congress of World and Traditional Religions" scheduled for September 14 and 15, the presidency said in a statement.

"There was an exchange by video (conference) this morning and the pope confirmed his intention to visit the country," the Vatican press service confirmed.

The first edition of the congress, aimed at promoting dialogue between religions, was held in 2003.

Mainly-Muslim Kazakhstan is close to Russia, which is waging a military offensive in Ukraine against which the pontiff has spoken out several times.

Kazakhstan was rocked in January by deadly riots that plunged the country into a political crisis unseen since independence after the fall of the Soviet Union in 1991.

Francis, 85, visited Georgia and Azerbaijan in 2016 but has never visited Central Asia since his election in 2013.

In 2022, the pontiff, who has recently shown signs of physical fatigue, is due to make several trips abroad.

After Malta in early April, he is due to visit Lebanon in June, then in July the Democratic Republic of Congo and South Sudan, as well as Canada.