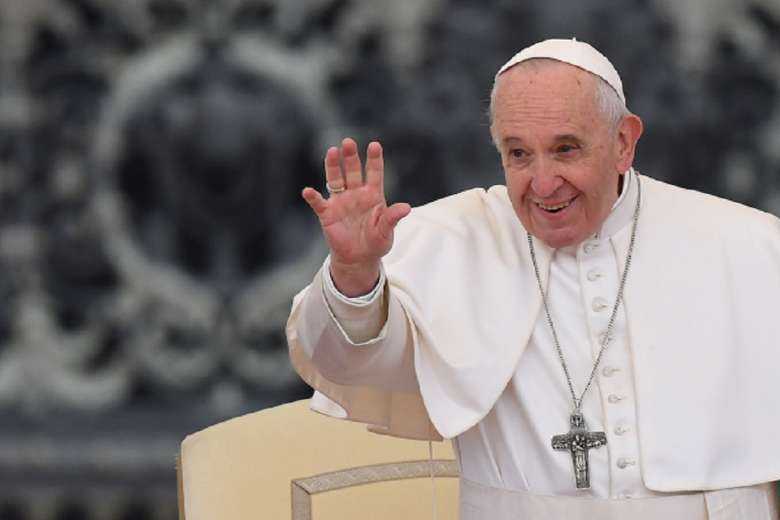 Pope Francis is to celebrate the opening Mass to mark the 500th anniversary of the arrival of Christianity in the Philippines at an event at the Vatican on March 14. (Photo: Alberto Pizzoli/AFP)

Pope Francis is to celebrate the opening Mass to mark the 500th year of Christianity in the Philippines, the country’s bishops’ conference has announced.

The papal Mass will take place at St. Peter’s Basilica in the Vatican on March 14, the bishops’ conference said, adding that confirmation came from a Filipino priest based in Rome.

It was also confirmed that Filipino Cardinal Luis Tagle, prefect of the Congregation for the Evangelization of Peoples, and Cardinal Angelo De Donatis, the pope’s vicar in Rome, will be present.

Filipino seminarians and clergymen in Rome will likewise join the event.

Italy hosts the largest population of overseas Filipino workers in western Europe. According to government statistics, there are about 168,000 Filipinos in the country.

“We are happy to tell the Filipino faithful that our beloved Holy Father will participate in our celebration of the 500th anniversary of the arrival of Christianity in the Philippines by presiding over the opening Mass at the Vatican,” the Philippine bishops said, adding that the celebration would be broadcast live.

“This is a time for the entire Philippine nation to be one in prayer and in faith and pray as one nation.”

After the Mass, the pope will lead the traditional recitation of the Angelus prayer in St. Peter’s Square.

Philippine dioceses are to kick off celebrations on April 4, Easter Sunday, by adopting a specific theme that reflects pastoral priorities in the Philippine Church.

“We have chosen the motto ‘Missio ad Gentes,’ which means ‘Gifted to Give’ taken from the Gospel of St. Matthew as a theme,” the bishops said.

Several churchgoers said they hoped the pope would try and speak the Filipino language during the Mass or in a message.

“I hope Pope Francis does greet us in Tagalog. We would love to hear that,” Manila churchgoer Albert Durado told UCA News.

Others wished Pope Francis could visit the Philippines during the anniversary year to mark the celebration.