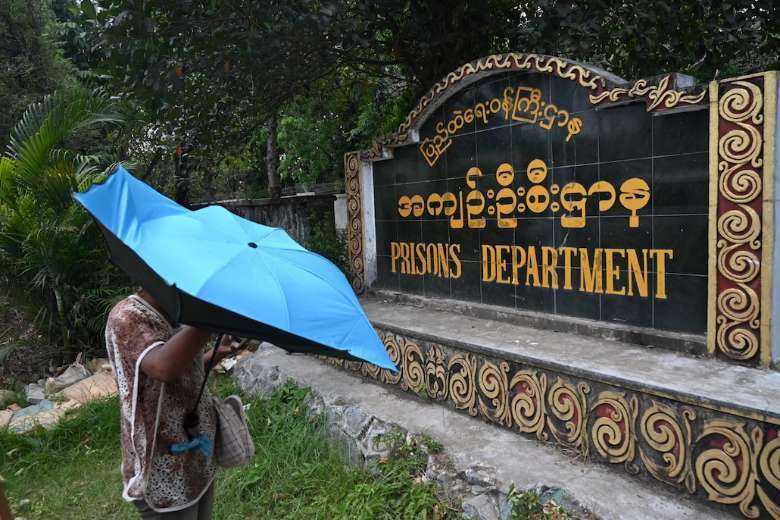 A relative waits in front of Insein Prison in Yangon for the release of prisoners on April 17. (Photo: AFP)

Pope Francis has again pleaded for peace and reconciliation in conflict-torn Myanmar where millions of people including Christians have been oppressed by the brutal military junta.

During his Easter plea for peace around the world, he cited the Southeast Asian nation where violence has persisted for more than a year after the military ousted the civilian government.

“I pray that God grants reconciliation for Myanmar, where a dramatic scenario of hatred and violence persists,” he said. “We need the crucified and risen Lord so that we can believe in the victory of love, and hope for reconciliation.”

His attention to the people of Myanmar comes as the world is focused on the war in Ukraine.

Pope Francis has spoken several times about the crisis in Myanmar, which he regards with much affection after visiting the country in November 2017.

He has repeatedly called for military leaders to stop the violence, release all detained people and pursue dialogue to seek peace and reconciliation.

The putsch triggered nationwide protests and growing armed resistance to the brutal military crackdown that followed.

The junta has unleashed airstrikes, artillery shelling and burned homes forcing thousands of people including Christians to flee their homes to seek refuge in nearby forests or churches in villages and towns.

Churches and convents have been attacked while clergy and Catholic institutions remain targeted, especially in the predominantly Christian regions of Chin, Kayah, Kachin and Karen states.

Cardinal Charles Bo of Yangon has appealed for peace in the world, including Myanmar and Ukraine.

“Let our families be healed, let our nation be healed, let our world be healed. We greet the families that are coming out of many challenges,” Cardinal Bo said in a homily at Easter Mass. “We need to move ahead and let the message of resurrection of hope fill this nation.”

At least 1,700 people have lost their lives in the brutal crackdown by the military and over 13,000 people have been detained since February 2021

The cardinal also mentioned the pope’s words on Myanmar as his heart was soaked in sorrow for the suffering of the country mired in conflict.

Despite many religious leaders calling for an end to the violence, the junta has shown no signs of easing oppression of civilians in ethnic regions and villages where the Bamar majority resides.

At least 1,700 people have lost their lives in the brutal crackdown by the military and over 13,000 people have been detained since February 2021.

The junta released around 1,600 prisoners including 42 foreigners in an amnesty to mark Burmese New Year on April 17 but there were no political prisoners among those released, according to media reports and monitoring groups.

Australian economist Sean Turnell, an adviser to deposed leader Suu Kyi who is currently on trial for allegedly breaching the official secrets act, was not released in the amnesty.