Pope Francis, IS, and the crisis of church and state

His pontificate is problematic for some not from a theological point of view, but from a political one 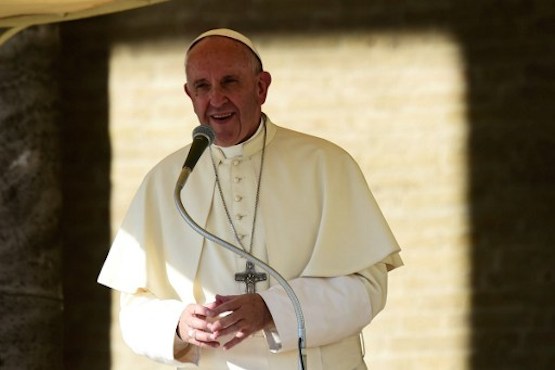 Pope Francis speaks to believers before leaving the Porziuncola (Portiuncula) at Santa Maria degli Angeli Basilica, near Assisi on Aug. 4. (Photo by AFP)

Pope Francis' refusal to label the terrorist campaign of so-called Islamic State (IS) as a religious war caused by Islam continues to create controversy. The fact that this debate does continue is a sign of the relevance of the opinion of the bishop of Rome in the global political community, and at the same time also a sign of a weakness in the way our politics deal with non-state actors, such as religions.

And the debate is an important indicator of the present situation in relations between the church and politics in the Western world. There are indeed many paradoxes evident in what amounts to a name game played between Pope Francis and part of the Western commentariat willing to take the Catholic Church (but not themselves) into this theological war.

The first paradox is that the Western "intelligentsia" now insisting that Pope Francis make a theological declaration of war is made up mostly of atheists, secularist politicians, and maitres a penser, for which religion becomes relevant only when the fight against Islam is politically expedient. It is an updated version of the proxy wars.

The second paradox is that this theologically belligerent intelligentsia is usually very quick in declaring illegitimate the church's influence in social and political issues domestically, especially when it talks about the poor (where the safety net for the poor no longer exists) and mercy (where social problems have been "solved" through mass incarceration).

The third paradox is that among these commentators are Catholics of the neo-conservative and traditionalist persuasion who did not and still do not grasp the problems (theological and otherwise) created by their "Christening" the American wars in Iraq and Afghanistan over these last 15 years.

The problem is that the European and American members of this commentariat do not get the deeply historical-political message at the heart of Pope Francis' approach.

The first element of that approach is one of the most important interpretive keys to understand the broader push back against Pope Francis' pontificate — that his pontificate is problematic for some not from a theological point of view, but from a political one. What is missing from the perception of Pope Francis' reading of the world political-religious map today is that the pope's "materialistic" interpretation of the war (that it is a war about money and power, not about religion) reflects the church's attention to the "signs of the times."

But there is another element that is, in my opinion, particularly interesting in this moment and in the way Pope Francis is dealing with it. In my view, we are witnessing the end of an era.

It has become usual to talk about the wars and the political turmoil in the Middle East (Syria, Lebanon, Egypt, Turkey, Iran, Yemen, and Saudi Arabia) as the end of the world created by the Sykes–Picot agreement of 1916 between France and Great Britain that created the map of the Middle East that has, for the last century, kept that part of the world relatively stable. This is certainly true. Pope explains why he won't identify Islam with terrorism But something is missing in those who talk politics but do not know history, or know history but know no theology. What is going on between Europe and the Middle East is not just the end of the Sykes-Picot agreement, but probably also the end of the relationship between church (religion) and state created in Europe in the early modern period.

In other words, it is not possible to analyze separately the different elements that are part of the same picture: the crisis of Europe (not just the European Union but also the crisis of the idea of Europe); the crisis of political representation and of democracy (see the Trump phenomenon and the authoritarian involutions in Eastern Europe, Turkey, Brazil, Russia, and India); the redefinition of the confessional boundaries between the churches and religions (the relations between faiths are no longer following boundaries drawn by Catechisms and religious laws).

The visibility of Pope Francis and of the Catholic Church in this particular geopolitical moment is due not only to the fact that IS militants targeted and murdered for the first time a Catholic priest in France.

It is due to the fact that the modern configuration of the Catholic Church and of the nation state are on parallel paths in an historical process that started in late medieval-early modern Europe and found some stability at the end of a century of wars of religion in Europe with the Treaty of Westphalia in 1648. The end of the wars of religion in the 17th century gave us the present political context of the Western churches (especially the Catholic Church) and the modern form of the nation state.

This means that declaring a new century of religious wars today would question in a most radical way a multi-secular system of relations between religion/church and politics/state in the Western world and not only there. The symptoms of this epochal crisis are evident when the president of the French Republic, the cradle of laicite, makes a theological statement calling the murder of the Rouen Catholic priest "a desecration of French democracy." (President Hollande made other interesting statements similar to this one at the time of the massacre at Charlie Hebdo in January 2015).

The crisis of the modern nation state is also a theological crisis, even though most Westerners — whether Catholics or non-Catholics, religious or secular — have forgotten how much theology it takes to keep the nation state and secular democracy alive.

Pope Francis is trying to be faithful to the theology of the Second Vatican Council and its vision of common good, politics, democracy, and healthy distinction between church and state. On this front, Pope Francis' challenges do not come from Islam only, but also from two different fronts within the Western world: secularists who would like Pope Francis to declare a religious war on their behalf, and post-modernist Catholics who believe that laicite and the secular nation state are part of the problem and not of the solution.

What Pope Francis is doing is not just trying to defuse the ticking time bomb of a theological war (that most enthusiasts seem eager to fight only verbally). Pope Francis is also showing how much "raison d'Eglise" (reason of church) is at the basis of the "raison d'Etat" (reasons of state).

Both church and state are in a situation of crisis and of transition: it is the long transition inaugurated by the end of the early-modern theology of the church as a "perfect society" in the 20th century. The end of the ecclesiology of the "perfect society" is one of the causes of the crisis of the legitimacy of the nation state as "perfect state" born in the early modern period. The problem is that there is not (yet) a viable alternative to the nation state and Francis apparently knows it better than others.