Joe Torres in Manila and Christopher Joseph in Kochi Pope Francis' announcement of five new cardinals, four of whom come from countries that have never had a cardinal, proves that he is not wavering from his commitment to focus on the church's peripheries.

One of the newly appointed cardinals comes from the Southeast Asian country of Laos of some 7.2 million people, only about 45,000 of whom are Catholics in 67 parishes and served by 17 priests.

It was no surprise that Pope Francis named someone from a country such as Laos. It is away from the political limelight and Christians, as a minority, suffer under a government showing them scant regard.

In 2015, the pope appointed cardinals to Myanmar and Bangladesh, sidelining more economically advance countries in the region.

Indian Cardinal Oswald Gracias of Bombay, one of the nine cardinals the pope picked to assist him in the restructuring of the Roman curia, said the new appointments clearly show an emphasis on going to the peripheries of the church.

The new appointments should not be viewed in terms of regional representation, he said.

"Cardinals are for the global Church," said Cardinal Gracias. "I'm not in favor of looking at such appointments in terms of regions and countries," he said.

Bishop Jose Colin Bagaforo, whom the pope named to head of Kidapawan Diocese in the southern Philippines, agrees.

"Cardinals are choices made by the pope based on his needs and not on what the country or local church wants," he said.

Cardinals are the pope's closest advisers, either as individuals or collectively, said Bishop Bagaforo, but added that Pope Francis seems to have advisers from the peripheries, "not from the traditional centers." 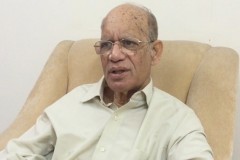 The pope "might want to make a point that Catholicism has now shifted to the peripheries," he said.

Retired Archbishop Fernando Capalla of Davao, also in the southern Philippines, said the creation of cardinals from the peripheries "is consistent with [Pope Francis'] pro-poor pastoral approach."

Also, Bishop Ruperto Santos of Balang who is based in the northern Philippines, said "choosing from the peripheries is a message that all are important, all are needed and have very much to contribute."

Bishop Gerardo Alminaza of San Carlos from the central Philippines said that with Pope Francis at the helm of the church, "the paradigm is no longer that those with power and resources make the decisions."

In the Philippines, where more than 86 percent of the 100 million people are Catholics, the country has four cardinals, two of who are retired archbishops. Cardinal Orlando Beltran Quevedo of Cotabato was appointed by Pope Francis in 2014.

In his four-year pontificate, Pope Francis created 60 new cardinals, 49 of whom have voting rights on who will be the next bishop of Rome.

Cardinal Gracias said India, as well as Asia, is well represented in the College of Cardinals.

"India is among one of the highly-represented countries considering its Catholic population," he said.

There are over 19.9 million Catholics in India that has a total population of 1.3 billion people.

South Asia, however, has only six active cardinals with India having four, not counting the 81-year-old Cardinal Ivan Dias, retired archbishop of Bombay.

Bangladesh and Sri Lanka have one each while Pakistan has been without a cardinal since Cardinal Joseph Marie Cordeiro died in 1994.

India's major Catholic pocket in Calcutta Archdiocese has been without a cardinal since 1992 when Cardinal Lawrence Picachy died. The Vatican has also not named a cardinal to the New Delhi Archdiocese based in the national capital.

In all, Asia has 16 cardinals, including Cardinal-designate Louis-Marie Ling Mangkhanekhoun in Laos.

Pope Francis has appointed eight of the 16 cardinals, naming for the first time, cardinals in Bangladesh, Malaysia, Myanmar, and now Laos — countries in the "peripheries" of the Catholic Church and where Catholics make up a tiny minority.

Auxiliary Bishop Broderick Pabillo of Manila said the pope's appointments of cardinals from the peripheries "makes the Church more universal."