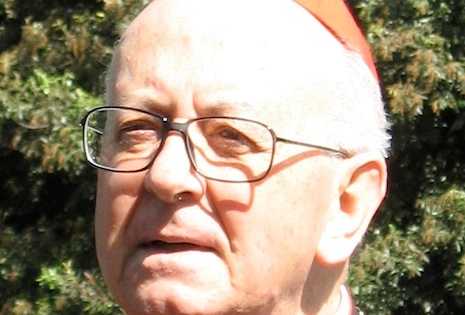 Cardinal Attilio Nicora, who will be replaced as head of the Vatican Financial Information Authority by Italian Bishop Giorgio Corbinelli

In his latest move to clean up the financial scandals that have plagued the Vatican in recent years, Pope Francis has replaced a cardinal who headed the financial watchdog agency launched under Pope Benedict XVI with a bishop associated with an earlier effort to foster reform.

The Vatican announced Thursday that 76-year-old Italian Cardinal Attilio Nicora has stepped down as president of the Vatican's Financial Information Authority, the anti-money-laundering agency launched under Benedict XVI in 2011.

In his place, Francis has named 66-year-old Italian Bishop Giorgio Corbellini, who will also keep his job as head of the Vatican's labor office and head of the disciplinary commission of the Roman Curia. The appointment to the Financial Information Authority was made ad interim, meaning Corbellini has no fixed term.

From 1993 to 2011, Corbellini was a senior official of the Government of the Vatican City State, where he worked under Archbishop Carlo Maria Viganò, the current papal ambassador in the United States and the former No. 2 official at the City State.

Viganò was seen as a reformer, with a track record of cutting costs, imposing competitive bidding procedures, and creating a centralized system for procurement. After just 10 months, Viganò reportedly saved enough on running the Vatican Gardens alone that he was able to fund an update of the Vatican's heating system.

Viganò also wrote letters to Pope Benedict XVI chronicling his struggles against various forms of what he described as corruption and cronyism, and in one, he asserted that his enemies were trying to force him out in order to short-circuit reforms. That correspondence became public as part of the Vatican leaks scandal.

Corbellini was seen as a Viganò ally, and in a January 2012 broadcast on Italian television after Viganò was removed, Corbellini essentially backed his position.

Overall, the shift from Nicora to Corbellini is likely to be read as a move away from the Vatican's "old guard" and toward a more aggressive reform posture.

The shake-up at the Financial Information Authority follows a similar move in mid-January in which Francis overhauled a commission of cardinals that oversees the Vatican bank, among other things removing Italian Cardinal Tarcisio Bertone, the former secretary of state on whose watch the bank found itself mired in a series of scandals.

René Bruelhart, the Swiss anti-money-laundering expert hired by the Vatican in 2012 to serve as director of the Financial Information Authority, will remain as director. If anything, most observers say, Thursday's move strengthens Bruelhart's position by making it clear the pope supports the broad direction in which his agency is moving.