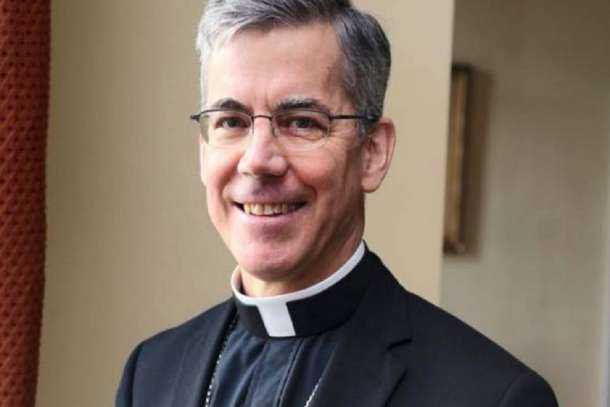 Archbishop Charles John Brown is expected to take up his post as apostolic nuncio to the Philippines in October. (Photo supplied)

Pope Francis has appointed a 60-year-old American archbishop as the new apostolic nuncio to the Philippines.

Archbishop Charles John Brown succeeds Archbishop Gabriele Giordano Caccia, who left the country in December 2019 to serve as permanent observer of the Holy See to the United Nations in New York.

An apostolic nuncio, otherwise known as a papal nuncio or simply a nuncio, is the representative of the pope and the Vatican to a state or to an international organization like the United Nations.

They play significant roles in selecting and appointing new bishops as well as disciplining erring clergymen.

Archbishop Brown, who has served as nuncio in Albania since 2017, is expected to arrive in the Philippines in October.

In 1994, he went to Rome and became a member of the Congregation for the Doctrine of the Faith, one of the oldest congregations of the Roman Curia.

On Nov. 26, 2011, Pope Benedict XVI appointed Father Brown apostolic nuncio to Ireland, elevating him to the rank of archbishop and ordaining him a bishop on Jan. 6, 2012, on Epiphany Sunday.

Archbishop Brown is the second American in the Italian-dominated list of papal nuncios to the Philippines.

Seminarians also welcomed the appointment of the pope’s new ambassador to the Philippines.

“From the bottom of our hearts, we, Filipinos, welcome His Excellency, Most Rev. Charles John Brown, as the pope’s new apostolic nuncio to the Philippines. Welcome and Mabuhay!” said Joselito Ayo, a Filipino seminarian studying in Rome.