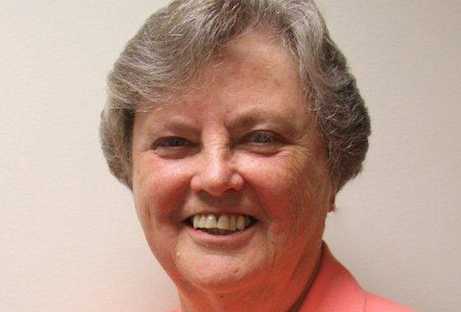 Pope Francis has reaffirmed the Vatican’s assessment of the Leadership Conference of Women Religious, which found it had “serious doctrinal problems” and needed to be reformed.

Archbishop Gerhard L. Müller, the prefect for the Vatican’s doctrine congregation, met in Rome with conference president Sister Florence Deacon on April 15, along with Archbishop J. Peter Sartain of Seattle, who was named to carry out the reform of the group.

The secretary of the Vatican’s doctrine congregation, Archbishop Luis Ladaria, was also present at the meeting, in addition to Sister Carol Zinn, president-elect of the women’s leadership conference, and Sister Janet Mock, the group’s executive director.

Archbishop Müller told Sr. Deacon that he “recently discussed the Doctrinal Assessment with Pope Francis, who reaffirmed the findings of the Assessment and the program of reform for this Conference of Major Superiors,” an April 15 statement from the congregation said.

“It is the sincere desire of the Holy See that this meeting may help to promote the integral witness of women Religious,” the communiqué stated, and this requires “a firm foundation of faith and Christian love, so as to preserve and strengthen it for the enrichment of the Church and society for generations to come.”

Since it was his first time meeting with the leadership of the group, Archbishop Müller thanked the sisters for their “great contribution” to the Church in the United States, “as seen particularly in the many schools, hospitals, and institutions of support for the poor” that have been founded and staffed by religious.

He also “emphasized that a Conference of Major Superiors, such as the LCWR, exists in order to promote common efforts among its member institutes as well as cooperation with the local Conference of Bishops and with individual Bishops.

“For this reason, such Conferences are constituted by and remain under the direction of the Holy See,” he stated, citing canons 708-709.

On April 18, 2012, the Congregation for the Doctrine of the Faith revealed the findings a four-year doctrinal assessment of the conference, which found “serious doctrinal problems” and the need for reform.

It cited letters from LCWR officers as well as presentations sponsored by the conference which exhibited “radical feminist themes incompatible with the Catholic faith” and dissent from Church teaching on topics including the sacramental male priesthood and homosexuality.

The assessment also noted that while the group adamantly promotes social justice issues, it largely ignores matters of life, marriage and sexuality, which have played a large role in recent public debates.

The leadership conference responded June 1 to the assessment, describing it as being “based on unsubstantiated accusations” and using “a flawed process that lacked transparency.

”  At the same time that it announced its findings, the Vatican placed Archbishop Sartain in charge of carrying out a reform of the group.

He has a five-year mandate to help the conference revise its statues and review its connections to affiliated organizations. In addition, he will help create a new formation program to offer a deeper understanding of Church teaching and will be responsible for approving future speakers and presentations at the organization’s assemblies.

Composed of some 1,500 members, the LCWR consists of about three percent of the 57,000 women religious in the U.S. Because its members are leaders of their religious communities, the group says that it represents 80 percent of American sisters. The average age of its members is 74.

In a statement responding to the April 15 meeting, the Leadership Conference of Women Religious said the talks were “open and frank.”

“We pray that these conversations may bear fruit for the good of the Church,” the group stated.