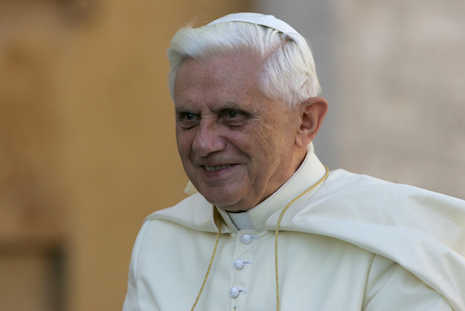 When Pope Benedict XVI announced his resignation in February of 2013, he said he would continue to serve the church "through a life dedicated to prayer”. He has made few public appearances since he left office, and has said and written even less.

His relative silence was broken October 21, when his longtime secretary, Archbishop Georg Ganswein, read a 1,800-word statement written by Benedict on the occasion of the dedication of the Aula Magna at the Pontifical Urbaniana University to the Pope Emeritus.

The Pope emeritus’ statement said that dialogue with other religions is no substitute for spreading the Gospel to non-Christian cultures, and warned against relativistic ideas of religious truth as “lethal to faith”. It also said the true motivation for missionary work is not to increase the Church’s size but to share the joy of knowing Christ.

“The risen Lord instructed his apostles, and through them his disciples in all ages, to take his word to the ends of the earth and to make disciples of all people,” the retired Pope Benedict wrote. “‘But does that still apply?’ many inside and outside the Church ask themselves today. ‘Is mission still something for today? Would it not be more appropriate to meet in dialogue among religions and serve together the cause of world peace?’ The counter-question is: ‘Can dialogue substitute for mission?’"

“In fact, many today think religions should respect each other and, in their dialogue, become a common force for peace. According to this way of thinking, it is usually taken for granted that different religions are variants of one and the same reality,” he continued.

Pope Benedict wrote that some religions, particularly “tribal religions,” are “waiting for the encounter with Jesus Christ,” but that this “encounter is always reciprocal. Christ is waiting for their history, their wisdom, their vision of the things.”