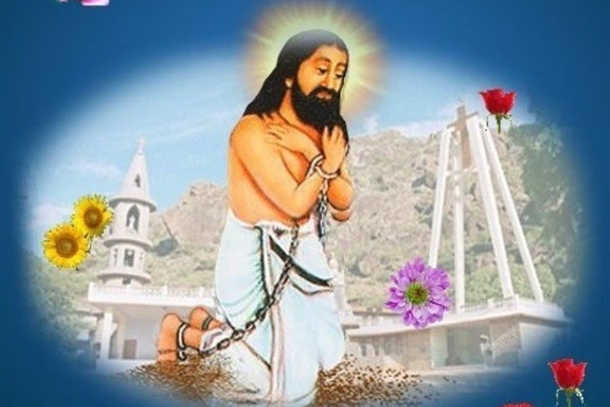 Pope Francis has cleared a martyr from southern India for canonization, making him the first lay Catholic in India to be declared a saint.

The Congregation for the Causes of Saints has selected 10 candidates for canonization including Indian martyr Devasahayam Pillai, a Hindu who converted to the Catholic faith three centuries ago.

The Vatican approved a miracle attributed to his intercession, clearing the married layman for sainthood on Feb. 23.

Pillai became a Christian under the influence of Dutch naval officer Eustachius De Lannoy, who worked for King Marthanda Varma of the erstwhile Travancore kingdom. Pillai, a high-caste Hindu, was an officer in the king’s court.

Records show that although religious freedom existed in the kingdom, the king did not tolerate people of his court converting. Palli defied the unwritten rule and became a Catholic with the baptismal name Lazarus in 1745, aged 33. He was shot dead on Jan. 14, 1752, just seven years after his baptism. His body was thrown into a forest but was later buried by Christians. “We generally believe sainthood is meant for priests and nuns. It will surely inspire more Catholic laypeople to dedicate their life for faith, even to attain martyrdom,” Baby Thomas, a layman associated with the Charismatic Movement, told UCA News.

Sites linked with Blessed Pillai's life and martyrdom are in Kottar Diocese in Kanyakumari district of Tamil Nadu state. His tomb at St. Francis Xavier Cathedral of Kottar attracts large numbers of devotees.

Devasahayam (god’s help) was declared Blessed on Dec. 2, 2012, 300 years after his birth. Pope Benedict XVI called him a “faithful layman.”

“The announcement is timely and will encourage laypeople to be more rooted in faith, even face persecution,” said Father John Kulandai, vice postulator for the cause of his canonization.

Priests, nuns and laypeople face daily challenges to their faith from the hostile environments in which they work and live, he added.

Blessed Pillai will be the eighth saint from India, with the latest being St. Mariam Thresia, who was canonized last year.

The first Indian to become a saint was Gonsalo Garcia, a Franciscan brother and missionary from Mumbai who was martyred in Japan.