Persecuted and without priests, faith sustained for more than two centuries 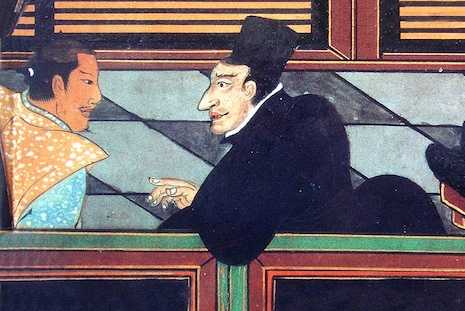 Pope Francis referred to the Japan’s early Christians - who suffered persecution but nevertheless kept their faith alive for two and a half centuries without the help of priests - as an example at the Wednesday General Audience in St. Peter’s Square. Today’s Audience was dedicated to Baptism, the sacrament which “makes us enter into this people of God … a people of God who walks and transmits the faith … the People of God that marches throughout history."

In the second of a brief series of catecheses on the Christian sacraments, Pope Francis spoke about the importance of Baptism for the people of God, referring to the Japanese Christian community as an example:

"That community suffered a severe persecution in the early seventeenth century. There were many martyrs, members of the clergy were expelled and thousands of people were killed. Not a single priest was left in Japan: they were all expelled. Then community then went underground, keeping the faith and prayer in hiding.

"And when a child was born, the father or the mother baptized him, because we can all baptize. When, after about two and a half centuries - 250 years later - the missionaries returned to Japan, thousands of Christians came out of hiding and the church could flourish. It had survived by the grace of their Baptism: but this is great! God's people transmit the faith, baptizing children and moving on.

"And they had maintained, even in secret, a strong community spirit, because baptism had made them become one body in Christ, they were isolated and hidden, but they were always members of the People of God, members of the Church. We can learn much from this story,” Francis said.