Couples are urged not to be afraid of difficulties ahead Signs of affection were as common as signs of the cross in St. Peter's Square on Friday as couples from around the world attended a special Valentine's Day gathering with Pope Francis.

Some 25,000 people engaged to be married were invited to the unprecedented event. But as news of the gathering spread, couples of all ages, including many elderly who have been married for decades, flocked to the square.

They kissed, hugged and held hands as they listened to the pope urge them to have the courage to make lasting choices and shun what he called a throw-away culture.

"Today, many people are afraid to make lasting choices. Making choices that last your whole life seems impossible but it can be done," he said.

For Bruno and Rita De Petris, that was like preaching to the converted. They have been married for 45 years and said they came to the square because they still feel like young lovers. "We wanted to be here because we feel that marriage is a special part of life," Rita said.

The pope delivered a mostly improvised speech to the couples and underscored his point that they should not be afraid of the difficulties that they might encounter. He even took a dig at mothers-in-law. 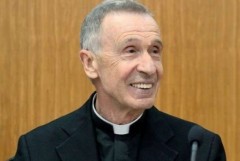 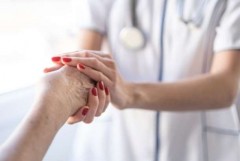