Pope calls synod to focus on divorce and remarriage 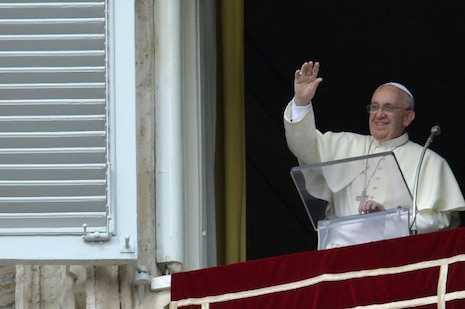 The predicament of divorced and remarried Catholics will be a major topic of discussion when bishops from around the world meet at the Vatican in October 2014.

The Vatican announced Oct. 8 that an extraordinary session of the Synod of Bishops will meet Oct. 5-19, 2014, to discuss the "pastoral challenges of the family in the context of evangelization."

The pope had told reporters accompanying him on his plane back from Rio de Janeiro in July that the next synod would explore a "somewhat deeper pastoral care of marriage," including the question of the eligibility of divorced and remarried Catholics to receive Communion.

Pope Francis added at the time that church law governing marriage annulments also "has to be reviewed, because ecclesiastical tribunals are not sufficient for this. It is complex, the problem of the pastoral care of marriage."

Such problems, he said, exemplified a general need for forgiveness in the church today.

"The church is a mother, and she must travel this path of mercy, and find a form of mercy for all," the pope said.

The announcement of the synod came amid news that the Archdiocese of Freiburg, Germany, had issued new guidelines making it easier for divorced and remarried Catholics to receive Communion.

The Vatican spokesman, Jesuit Father Federico Lombardi, said that such matters were more properly dealt with at a church-wide level, "under the guidance of the pope and the bishops."

"For persons or local offices to propose particular pastoral solutions runs the risk of generating confusion," he said. "The Holy Father is placing the pastoral care of the family at the heart of a synod process that will be larger, involving the reflection of the universal church."