Pope Francis waves during the weekly Angelus prayer, followed by the recitation of the Regina Caeli, on May 23 from the window of the apostolic palace overlooking St. Peter's Square in the Vatican. (Photo: AFP)

Remembering the gift of unity brought by the Holy Spirit on Pentecost, Pope Francis called on Christians to pray for countries in turmoil, including Colombia.

Addressing pilgrims gathered in St. Peter's Square on May 23, the pope expressed his concern for the South American country, "which continues to be worrying."

"On this solemnity of Pentecost, I pray that the beloved Colombian people may be able to welcome the gifts of the Holy Spirit so that, through serious dialogue, they can find just solutions to the many problems that especially the poorest suffer due to the pandemic," he said.

Colombia has been rocked by nationwide demonstrations for several weeks against President Iván Duque's proposed tax reforms. The proposal was an attempt to balance the country's budget by lowering the threshold of taxable income and raising taxes on basic necessities. At the same time, it provided tax exemptions for several industries and included a budget for purchasing weapons from the United States.

The proposal prompted a May 20 statement from Amnesty International urging U.S. Secretary of State Anthony Blinken to halt the sale of weapons, which are being "misused to commit human rights violations against protesters in Colombia."

A May 20 report by civil rights organization Defender la Libertad accused police of using excessive force to suppress protests, causing the death of 52 people, as well as the disappearance of hundreds and reported cases of sexual assault.

The pope called for peace and asked "everyone to avoid, for humanitarian reasons, behaviors that are damaging to the population in exercising the right to protest peacefully."

Pope Francis also called for prayers for the people of Goma, Congo, after the eruption May 22 of the Mount Nyiragongo volcano. According to BBC News, 15 deaths had been confirmed early May 24, but hundreds of people were still unaccounted for. Tens of thousands were left homeless after molten lava devastated several neighborhoods.

Lastly, the pope asked people to pray for Catholics in China celebrating the Feast of Our Lady, Help of Christians on May 24. In 2007, Pope Benedict XVI established the feast as a world day of prayer for the church in China because Mary is venerated under that title at the Marian shrine in Sheshan, outside Shanghai.

The devotion in China has a very strong family aspect to it, Pope Francis said. "How good and how necessary it is that the members of a family and of a Christian community are ever more united in love and in faith. In this way, parents and children, grandparents and grandchildren, pastors and faithful can follow the example of the first disciples who, on the solemnity of Pentecost, were united in prayer with Mary as they awaited the Holy Spirit." 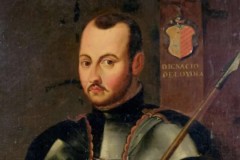