A life sentence is a 'hidden death penalty' 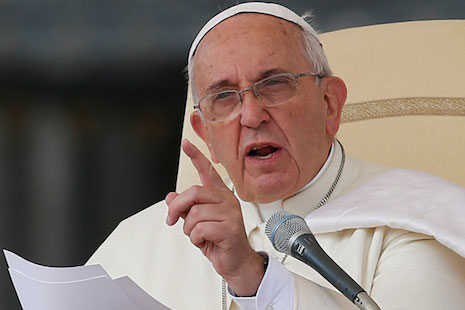 Pope Francis called for the abolition of the death penalty as well as life imprisonment, and denounced what he called a "penal populism" that promises to solve society's problems by punishing crime instead of pursuing social justice.

"It is impossible to imagine that states today cannot make use of another means than capital punishment to defend peoples' lives from an unjust aggressor," the pope said Thursday in a meeting with representatives of the International Association of Penal Law.

"All Christians and people of good will are thus called today to struggle not only for abolition of the death penalty, whether it be legal or illegal and in all its forms, but also to improve prison conditions, out of respect for the human dignity of persons deprived of their liberty. And this, I connect with life imprisonment," he said. "Life imprisonment is a hidden death penalty."

The pope noted that the Vatican recently eliminated life imprisonment from its own penal code.

Francis also rebuked unspecified governments involved in kidnapping people for "illegal transportation to detention centers in which torture is practiced”.