Pope calls a halt to conferring 'monsignor' title on priests

Not yet known how long moratorium is to last 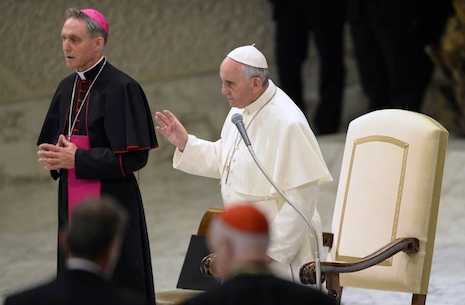 By CWN for CatholicCulture.org

Pope Francis has stopped conferring the title “monsignor” on priests.

The Italian daily Il Messagero has reported that shortly after his election, the Pope instructed the Secretariat of State to stop approving requests for priests to be given the rank of monsignor. The Pope said that the moratorium on granting the title should continue at least until October; it is not clear whether he will continue the new policy beyond that time.

The moratorium does not apply to members of the Vatican diplomatic corps who are given the title “monsignor” in connection with their assignments as representatives of the Holy See.

A priest is ordinarily raised to the status of “monsignor” on the recommendation of his diocesan bishop. However, all such honorary titles require the approval of the Holy See.