Catholics in Russia are called to be "an evangelical seed" that bears the fruit of communion and unity, especially with Orthodox Christians, Pope Francis said.

In a message published Oct. 10 to commemorate the 30th anniversary of the establishment of four apostolic administrations in Russia after the fall of communism, the pope said it is important for Christians to walk together "to deepen our knowledge of one another and to advance, step by step, on the path of unity."

"By praying for all and serving those with whom we share the same humanity, which Jesus united to himself in an inseparable way, we will rediscover ourselves brothers and sisters on a common pilgrimage toward the goal of communion, which God points out to us in every Eucharistic celebration," he said.

In the wake of the Catholic Church's post-communist restoration, St. John Paul II then transformed the four apostolic administrations into dioceses in 2002. The move angered the Russian Orthodox Church at the time, who accused the Catholic Church of proselytism.

In his message, the pope said the anniversary was "not so much a remembrance of legal acts and formal realities" but rather a time for Catholics to "recall, with humility and gratitude," the Lord's goodness in their journey of faith.

Russian Catholics, he said, should aspire to become communities that are "animated by hope" as well as "open, in obedience to the supreme commandment of love, to meeting and sharing in solidarity with all, in a special way with the brothers and sisters of the Orthodox Church."

Pope Francis said he hopes the anniversary inspires Catholics in the country to bear witness to God's grace "with simplicity and generosity," especially toward those "most in need and the neglected."

"Let us remain united in Christ," the pope said. "May the Holy Spirit, poured into our hearts, make us feel like children of the Father, brothers and sisters among ourselves and with everyone." 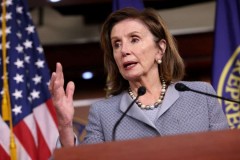