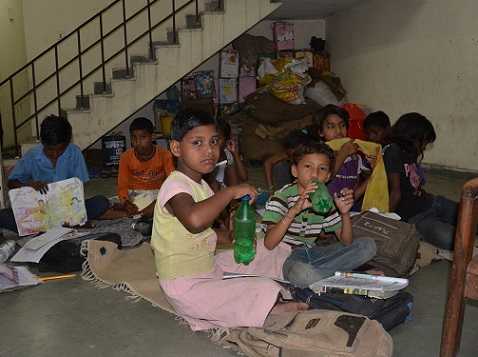 The death of 23 children in Bihar state two weeks ago after they ate a contaminated school meal has put India’s midday meal scheme under intense scrutiny.

On July 30, at least 79 secondary school students in Rajasthan fell ill after eating the lunch. Preliminary investigations indicated that a lizard was found in the cooked meal.

In another incident on July 28, a dead rat was found in a lunch to be served to students at a government school in Karnataka state.

Reports say the federal government has received hundreds of complaints about the scheme, which include serving inedible meals that make children ill, as well as mismanagement, misappropriation of funds and corruption.

In the Bihar tragedy, authorities claim that traces of organophosphorous – a synthetic-organic compound used in pesticides – were found in the meal. The chemical, if ingested, strikes at the central nervous system and is fatal.

The incident sparked protests around the country, with attacks on midday meal scheme offices.

Introduced in its presenty form in 2001, the scheme serves an estimated 120 million children in 1.2 million schools across the country.

It has been lauded as a major boon to food security and education.  It encourages more children to enroll in schools for education, and contributes to the nutritional needs of poor children.

In other words it looked like a win-win deal for the 25.7 percent of people in rural areas and 13.7 percent in urban areas who live below the poverty line.

But now the Bihar tragedy has exposed what is keeping this worthy and well intentioned scheme from achieving its goals. While the government basks in the glory of introducing the scheme, those responsible for making it a reality are not up to the task.

Yet that is not the end of the problems. “School authorities are not doing their job as far as monitoring is concerned,” NC Saxena, a government food commissioner, recently told the Business Standard newspaper.

“They are a law unto themselves. Government schools are marred by high indiscipline, teacher absenteeism and corruption. It is not something we can improve by passing a law or through a court order.”

As a prime example of the corruption that is endemic in the scheme, authorities in Bihar say the principal of the school where the tragedy unfolded employed her husband to supply the children's food; he was not a government regulated supplier.

Police are also investigating the possibility the meal was intentionally poisoned by politically backed factions.  But whatever lay behind the tragedy, it paints a sorry picture of a potentially great idea that has been implemented badly.

Schools must now adhere exactly to the government's established guidelines.

“The guidelines say the cooked food should be tested by two adults before serving, while the teachers should also look into the quality of the food and the cleanliness of the utensils,” said the nation's Human Resource Development minister, Jitin Prasada.

The government also needs to scrupulously ensure that a healthy supply chain is maintained, hygienic storage facilities are provided and food preparation is in line with the set standards.

Public perceptions of the scheme have, unsurprisingly, been tarnished. As one grieving mother said, after losing two sons in the tragedy: "This food was a killer. We did not know that by sending our children to school we would get to see their dead faces."