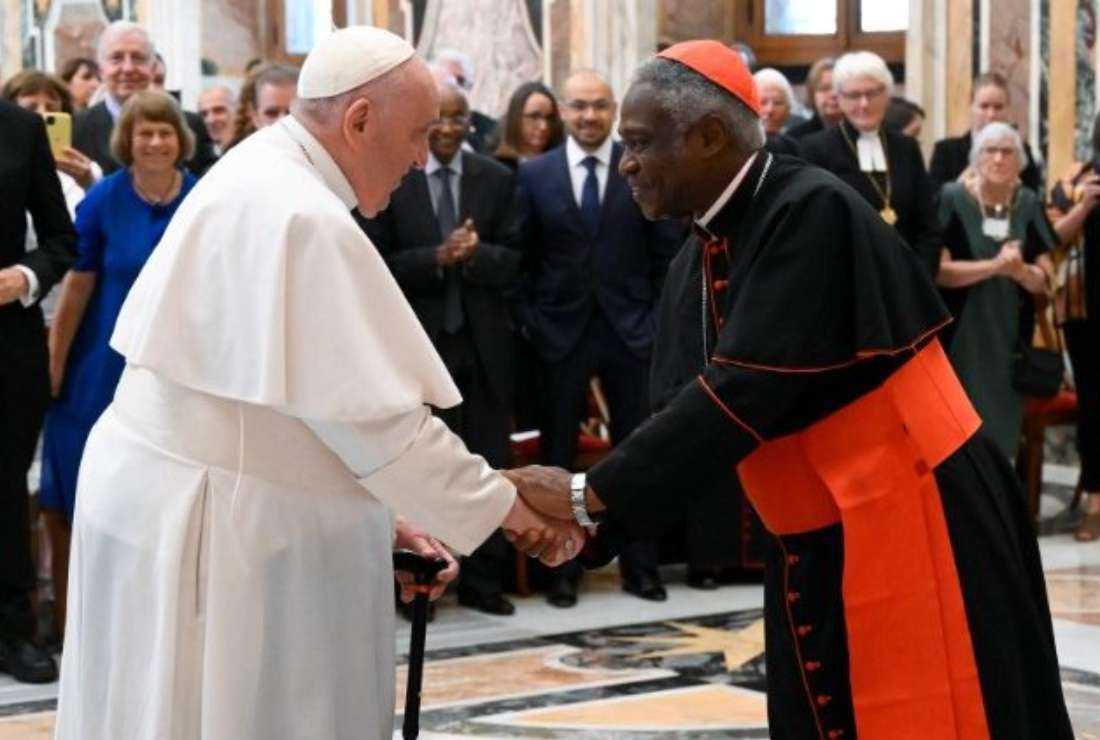 Condemning all atrocities against civilians and crimes against humanity, members of the Pontifical Academy of Sciences called for accountability and independent investigations into suspected war crimes in the world's current conflicts.

"We also call for unfettered humanitarian aid, access to basic services to civilians and lifting of sieges," the members said in a final statement.

"As scientists, we must not neglect the fundamental drivers of conflicts, and not ignore the role of science in the arms race," they said, adding that "it is ever more important for science to have peace as a goal."

The statement, published on the academy's website, came after the academy held its plenary session on "Basic science for human development, peace and planetary health," Sept. 8-10. Dozens of experts -- both academicians and invited speakers -- discussed how their specific field has been contributing to "problem solving" and promoting human development, peace and health.

The final statement said, "The many ongoing armed conflicts, such as the Russian attack on Ukraine, wars in Tigray/Ethiopia and in Yemen and Syria, as well as many other armed conflicts inside and between countries, are of grave concern to us because they cause great suffering for civilian populations, particularly for women and children."

Current "threats or actual attacks by powerful countries on their neighbors are putting political order and human civilization at risk, the statement said. "At a time when science is so dominant in culture, all scientific disciplines should consider their potential contributions to peace."

Another concern, the academy members wrote, was the lack of "science-informed rational arguments" and the growth of "science skepticism in parts of the general public, and in conventional and social media."

The plenary session looked at some of the reasons for this neglect and the role religion may play in fueling science skepticism or in fostering greater openness to science.

But the academy recognized "there is also well-informed, important skepticism about sometimes overlooked disconnections between science, technology and their real-world impact," which can cause concern, suspicion or skepticism about science.

Academy members support following "established science ethics" and having scientific discussion be transparent and open to the general public, the statement said; members were encouraged "to show how science is done and what can come out of it, without neglecting risks of misuse."

The academy members called on public policy, society and faith-based communities to recognize the importance of and "more strongly support basic sciences."

"Basic sciences are always at risk of being marginalized when crises, wars and growing insecurity occupy people's minds and divert resources to the mitigation of day-to-day problems, as is currently the case," it said.

Scientific study and progress can take decades if not centuries, it said, and supporting these endeavors "requires continuity."

At the same time, "science-informed actions on some of these challenges need to be taken now," it said.

Yet "huge payoffs that often come about in unpredictable ways" are possible when science is supported, it said. One example, "is the rapid development of the COVID vaccine thanks to developments in the decade-long studies of messenger RNA, which were planned for completely different purposes."

"Curiosity-driven basic science needs to develop a stronger sense of urgency: we need more opportunity for inquisitiveness in the younger generation, fostered by vibrant educational systems that stimulate imagination," it said, underlining that many scientific advancements are driven by curiosity and a sense of wonder, not some utilitarian goal.

The academy also said the resources needed to pursue science and the fruits of its discoveries "need to be shared more equitably -- especially by the rich nations -- with low-income regions of the world."