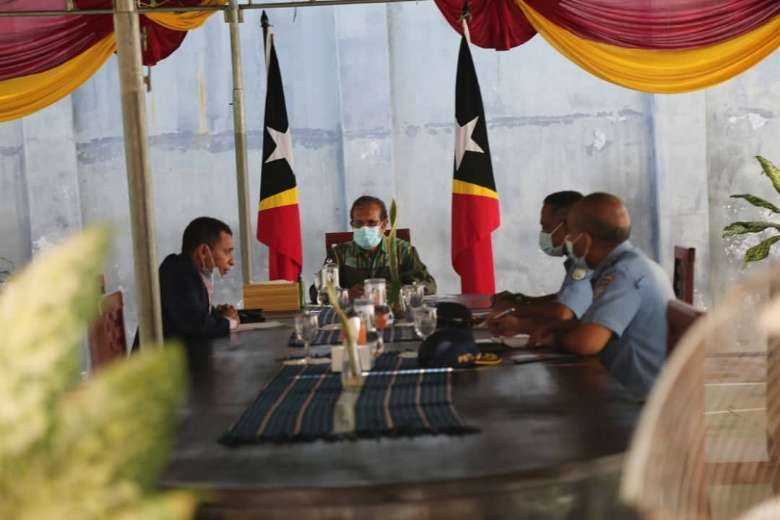 A shooting incident in which an off-duty Timor-Leste policeman killed two innocent people and wounded another has sparked calls for police reform in the Catholic-majority country.

The incident, which also triggered clashes between youths and police, occurred in the early hours of June 5 in the capital Dili.

The officer, who has not been named, reportedly gunned down a man and his son and critically wounded another family member at their home.

Media reports said the officer attacked the victims after he was told that his son had been involved in a heated argument with them.

A statement by the government's Ombudsman for Human Rights and Justice obtained by UCA News on June 7 confirmed that the officer was off duty when the attack took place.

The Ombudsman also said that four other police officers were at the scene with him but "did nothing to stop him.”

The shooting sparked clashes between police and local youths in which the policeman’s house was attacked and set on fire.

Jesuit Father Albuni Ribeiro Goncalves, who led the Requiem Mass before the funeral of the victims on June 7 at the Immaculate Conception Parish Church in Dili, said “in this difficult situation we cannot allow emotion to dominate us.”

“But let us join to ask the grace of God for the victims and in seeking justice,” he said.

He also asked people to pray “so that such incidents do not occur again and Timorese people can live in peace as brothers and sisters.”

In an official statement, Prime Minister Taur Matan Ruak said he strongly condemned an act in which the police "with state weapons, took the lives of two innocent citizens."

“None of us can tolerate such a situation and therefore I have ordered … that this individual is immediately disarmed, arrested, and that the investigation process be started,” he said.

He added that the government will support the family of the victims in the pursuit of justice.

Fundasaun Mahein, an NGO which deals with defense and security issues, said in a statement that this was not an isolated incident and that there have been many similar cases, most notably the 2018 police killing of three youths in Dili.

In the context of implementing social restrictions due to Covid-19, Fundasaun Mahein said, there have been numerous incidents of police officers using unnecessary force against community members and using their service weapons in ways that contravene procedures.

“The unlawful use of weapons by PNTL [National Police of Timor-Leste]  members is partly explained by the fact that the PNTL Command has failed to enforce existing rules regarding the control of service weapons,” it said.

“This latest incident is yet another example of the urgent need to reform the security sector and hold high-level officials accountable for their failures.”

"We will look at past failures and correct them in the future," he said after a meeting with the prime minister on June 7.

He said the officer who committed the crime must accept the consequences.