Police on alert after conversion claim in Indian state 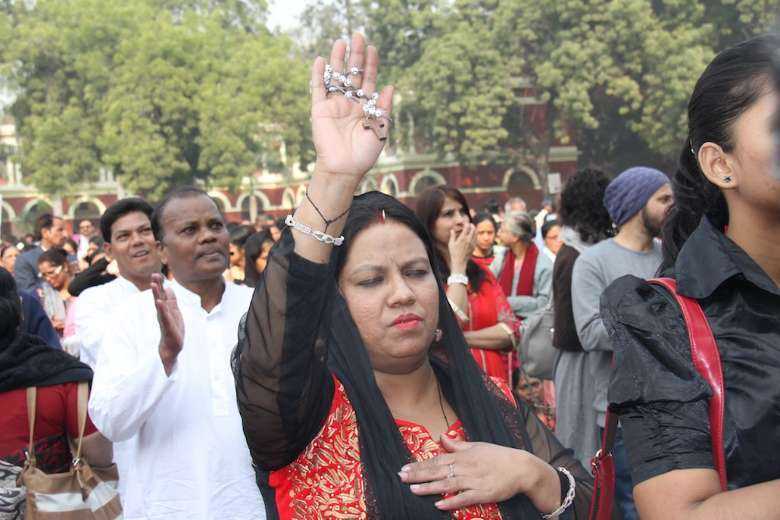 Police in an Indian state have directed officers to keep a watch on prayer gatherings after five Christians were arrested on a charge of religious conversion.

“It is just an allegation from the fanatic groups and if they are sure about it, let them prove it. People are free to express their views in a democratic country,” Father Harold D' Cunha, vicar general of Bareilly Diocese, told UCA News.

“As far as the Catholic Church is concerned, it does not promote or propagate religious conversion in the diocese as well as in the country.

“Occasionally, these groups blame us for conversions, but until now there is no record of any religious conversion where the Church is involved.”

He said the Church is engaged in many charitable works that can be construed as allurement to conversions, “but it is not true.”

S. Anand, superintendent of Shahjahanpur police, told the Press Trust of India that after the alleged religious conversion activities, officers have been asked to keep a watch on religious gatherings.

“We have directed concerned police officials to take strict action if anyone is found guilty of religious conversion activities,” he said.

Meanwhile, there are reports of police action over alleged religious conversions after the promulgation of the Uttar Pradesh Prohibition of Unlawful Conversion of Religion Ordinance, 2020, in November.

The ordinance, approved on Nov. 24 by Chief Minister Yogi Adityanath and his cabinet, stipulates jail terms of up to 10 years.