Human rights groups on Friday slammed the appointment of a two-star police general as head of a newly formed human rights claims body.

Director Lina Castillo Sarmiento’s appointment as head of the nine-member Human Rights Victims’ Claims Board was described as a "mockery and a bad prank" by the National Union of Peoples' Lawyers (NUPL).

"This is the gravest insult that the... government inflicted upon the victims of martial law," said Marie Hilao-Enriquez, chairperson of the SELDA, an organization of former political prisoners.

Sarmiento was part of the Philippine Constabulary that implemented, along with the military, "the worst of human rights violations" during the dictatorship of former dictator Ferdinand Marcos, she added.

Sarmiento used to be head of the Directorate for Police Community Relations of the Philippine National Police before her appointment to the human rights body. Arrested and threatened with death, Fr Peter Geremia has seen it all 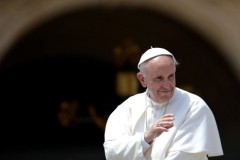 Enriquez called the appointment of Sarmiento as "overbearing arrogance of the [President Benigno] Aquino government that is bound to marginalize the tens of thousands of rights violations victims right from the start."

No SELDA members were appointed to the board despite a provision in the law which says it is one of the rights organizations that may help victims of the former dictator Ferdinand Marcos who ruled for 26 years up to the end of February, 1986.

Among the other members of the new body are the head of Amnesty International in the Philippines, Aurora Corazon Parong. Critics have labeled the other seven members allies of the Aquino administration.

Financing will come from a US$224-million fund recovered from the ill-gotten wealth of the former Filipino dictator.