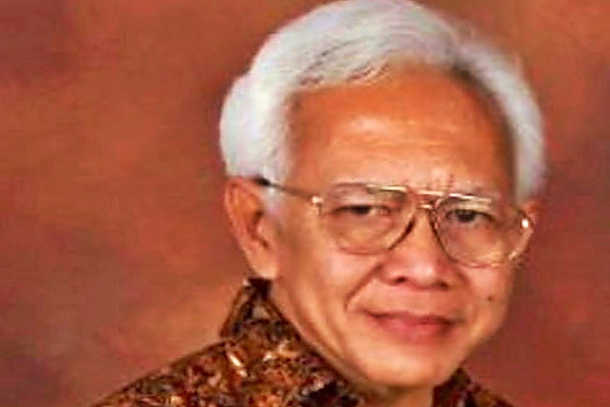 Police in Indonesia’s West Java province have arrested a Catholic man accused of insulting Islam and the Prophet Muhammad on social media.

Apollinaris Darmawan, 70, from Bandung, is alleged to have made the insulting comments on Twitter, including one that claims “Islam is not a religion but a heretical teaching that silences and uncivilizes its people.” He also allegedly posted an anti-Islamic video on YouTube.

The posts drew anger from local Muslims who stormed his home on Aug 8, dragged him into the street and stripped him before police came to his rescue and took him into custody.

“He is being kept in custody for his own safety,“ said Galih Indragiri, head of the Bandung Criminal Investigation Bureau.

Darmawan was a Muslim but converted to Catholicism with his family. In 2015, he was sentenced to four years in prison for insulting Islam and was freed in March this year. Blasphemy is punishable by law in Indonesia and Darmawan could also be charged under a computer crime law. He could face a maximum sentence of six years in prison and a fine of 1 billion rupiah (US$72,000).

Indragiri said police were collecting more evidence, including a book that he allegedly wrote criticizing Islam, while a video titled "Throw Islam away from Indonesia” has been removed from YouTube.

Anwar Abas, general secretary of the Indonesian Ulema Council, the country’s top clerical body, said Darmawan was an intolerant man who does not accept diversity.

"Anyone who insults other religions is a person who can’t accept freedom of religion,” he told UCA News.

He called on Indonesian people to respect one another and stop insulting other religions.

Stefanus Mariyanto, a Catholic from Jakarta, said Darmawan’s alleged actions were regrettable and could only undermine interfaith relations in Indonesia.

“I am a Catholic but I don’t insult or hurt other religions. We must respect those different from us,” he told UCA News. Bonar Tigor Naipospos, deputy chairman of the rights group Setara Institute for Democracy and Peace, said Darmawan was well known for criticizing Islamic teachings.

“In a democracy, views expressed by Darmawan are natural. In religious life, if people are criticizing our religion, we [should] see it as a challenge, not an insult,” he told UCA News.

According to him, dialogue is important to settle differences. In conservative societies like Indonesia, where people claim to be religious, Darmawan’s criticism is seen as an insult, he said.

Tigor said police should act wisely in handling this case and must not submit to public pressure. “The police must act fairly with alleged perpetrators including Darmawan,” he said.