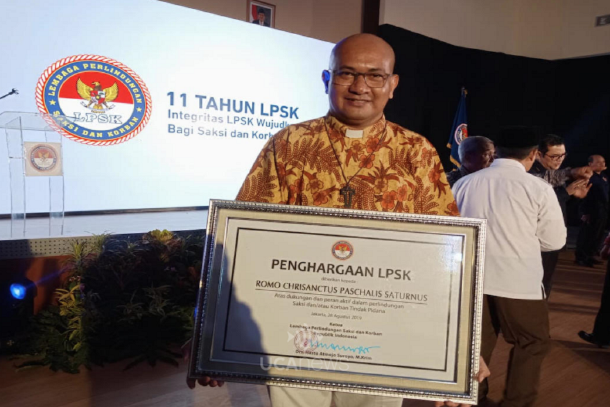 Indonesian police have arrested three employment brokers in connection with a human trafficking case involving more than a dozen fishermen forced to work in slave-like conditions on Chinese fishing vessels.

The three employment agents, who were not named, were from Bekasi in West Java province and Tegal and Pemalang in Central Java province.

If convicted, they could face up to 15 years in prison.

Bareskrim conducted an investigation after a video aired by South Korea’s Munhwa Broadcasting Corporation (MBC) went viral on May 7 showing crew members of a Chinese fishing vessel throwing the corpse of an Indonesian fisherman into the sea.

A day later 14 Indonesian fishermen returned home complaining of having been treated like slaves on a Chinese fishing vessel called the Long Xing 629.

They complained of working long hours for little or no money and were subject to physical abuse.

MBC had reported that four Indonesian fishermen on the Long Xing 629 had died after enduring poor working conditions.

According to Bareskrim’s general crime sub-directorate head John W. Hutagalung, the investigation threw up clear evidence of abuse and subterfuge on the part of the employment agents.

“There are grounds to allegations of human trafficking by sending the victims to work with the purpose of exploitation in accordance with Article 4 of the 2007 Law on Elimination of Human Trafficking Crimes,” news portal tribunnews.com quoted him as saying. The Asean Intergovernmental Commission on Human Rights (AICHR) had urged the government to investigate the case as “this is not the first time that Indonesian migrant fishers experienced discrimination and inhuman treatment by foreign fishing companies.”

“There is also a need to bring the boat owners and captains involved in this sort of crime to justice,” she told UCA News. “Indonesia needs to bring all relevant countries together to to ensure that the rights of migrant fishermen are respected and protected.”

“We would have not learned about the case if the video had not gone viral. The government must review its policies in terms of protecting migrant workers who are prone to human trafficking and exploitation,” said the priest, who received an award from Indonesia’s Witness and Victim Protection Agency last year in recognition of his effort to protect victims of human trafficking.