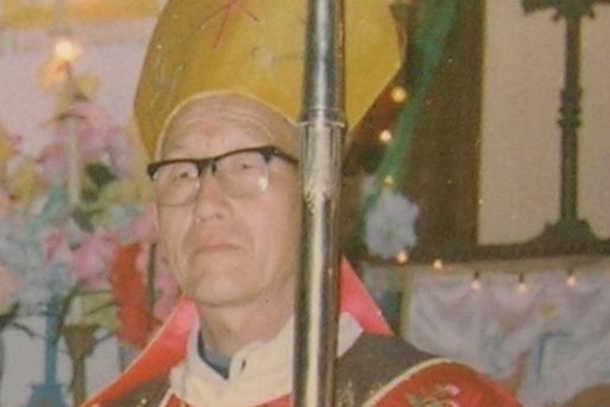 The nephew of an underground Chinese bishop who has been missing for 23 years has appealed for information about his whereabouts.

Su Tianyou said he does not even know if Bishop James Su Zhimin of Baoding in Hebei province is still alive.

“His whereabouts are unknown and I don’t even know if he is alive or not. I am upset with tears every time I think of this 87-year-old man. Please pray for him,” he said.

Bishop Su was arrested in 1996 and deemed a "counter-revolutionary" by the communist government for refusing to join the government-sanctioned Chinese Catholic Patriotic Association. He escaped detention in 1997 before being rearrested. His family discovered him by chance at a Baoding hospital in 2003. He has not been seen in public since.

Su Tianyou told ucanews.com that in 2015 he had met Guo Wei, a religious affairs official who was involved in China-Vatican negotiations at that time. Guo told him to wait for an improvement in China-Vatican relations before Bishop Su could be released, he said.

Although the relationship appeared to improve when Beijing and the Vatican signed a provisional agreement on bishop appointments last September, there is still no information about missing clergy and even more have been taken away by authorities.

Su Tianyou claimed that the Vatican spoke to Beijing about Bishop Su’s case but he doesn’t know how the negotiations proceeded.

“The disappearance of Bishop Su may have a serious impact since it is a big issue at the international level,” he said.

In Hong Kong, the Justice and Peace Commission monitors missing mainland clergy and has demanded the Chinese government release Bishop Su on many occasions.

“One of the reasons to negotiate is to let the Chinese faithful normalize their religious life. The missing bishops, however, show how abnormal it is,” Chan told ucanews.com.

Bishop Su has been arrested at least five times and has been in prison for more than 40 years in total.

The open church community of Baoding Diocese is led by Bishop Francis An Shuxin, 69. He was a coadjutor bishop of the underground community but joined the open church in 2010.

Su Tianyou said the diocese has been split by many years of struggles between various parties.

“For the future, it seems there is not much hope. Everyone listens to the government. Priests are not united. We wait and hope for a miracle,” he said.