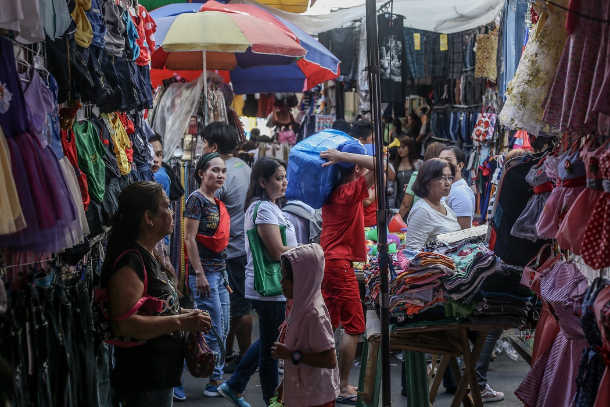 The population of the Philippines has been steadily growing for many years resulting in congestion in cities. (Photo by Basilio Sepe)

Jason and Nilda have been married for years and have four children. They didn't want to have any more, but unfortunately, she is pregnant again.

The couple planned for Nilda to undergo tubal ligation, a surgical procedure that would have permanently prevented her from getting pregnant, but she backed out at the last minute. "We decided to use pills," said Jason, 41. "Then after three years, she got pregnant. We were caught by surprise," he said with a smile.They wanted to plan their family but did not consult a health professional. "We used the rhythm method, followed by pills," said the father, whose other children are aged 14, nine, four and three.When they decided to consult a doctor, it was too late. Nilda was again pregnant.Juan Antonio Perez III of the county’s Commission on Population and Development said the Philippine government wants to bring down the fertility rate of Filipino women to lessen the prevalence of unwanted pregnancies and prevent the population spiraling out of control.As part of the "National Program on Family Planning Towards Better Health Outcome, Poverty Reduction and Socio-Economic Development" the government aims to lower the fertility rate from 2.7 to 2.1.The government wants every family to only have two children to achieve the overall of the family planning program, which is being opposed by Catholic Church leaders.The current Philippine population is about 108 million based on the latest United Nations estimates. The country ranks number 13 in the list of countries by population.In its April 2019 report, the United Nations Population Fund said the Philippine population increased by 1.6 percent annually from 2010 to 2019.The average annual rate is faster than India with 1.2 percent, China with 0.5 percent, and even the United States with 0.7 percent."Setting a kind of quota on how many children married couples should have is simply ridiculous," said Father Roy Cimagala, a school chaplain in the city of Cebu.He said what the government should do is "to encourage everyone to be generous, faithful, and responsible in begetting children."In its Philippine Development Plan for the years 2017 to 2022, the government aims to harness the "demographic window" wherein the "majority of the population is young and in good health, and has the right skill set to be highly productive."It is envisioned that if implemented, the program will reduce poverty and achieve inclusive growth for the country in the medium and long term.Population official Perez said family and population management are "critical components" of the socio-economic agenda of the government.He said the poorest among Filipinos are those who have more children, adding that Filipinos have more than four children when they only want up to three.The government's population program, however, faces strong opposition from church leaders and low acceptance and accessibility for families, especially in rural communities.With or without the controversies surrounding the country's population program, Jason and Nilda, both public school teachers, are faced with no choice but to raise their children."They're there already, we have to raise them the best we can," said Jason.