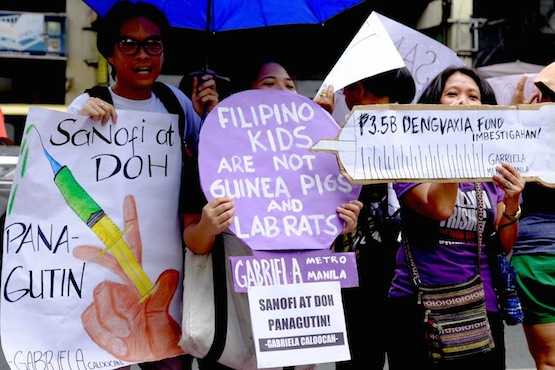 Members of women's group Gabriela hold a demonstration in Manila on Dec. 5 to condemn the use of an anti-dengue vaccine on about 700,000 Filipino children. Sanofi Pasteur, manufacturer of Dengvaxia, had announced that its dengue vaccine poses risk to people who have had no prior infection. (Photo by Jimmy Domingo)

The Philippine Congress has started an investigation into the purchase of a dengue vaccine, the world's first, which has been administered to about 700,000 Filipino children since 2016.

Last month, Sanofi Pasteur, manufacturer of Dengvaxia, announced that its vaccine should not be recommended to individuals if they have never been infected with the dengue virus.

The Philippines was the first country to approve the use of the vaccine for individuals aged between nine and 45 years old for its US$68-million anti-dengue immunization drive.

As the investigation opened on Dec. 11, Bishop Ruperto Santos of Balanga called for the prosecution of officials responsible for introducing the vaccine that has caused a major health scare in the country.

The prelate made the call after reports surfaced that a grade school pupil in the diocese died due to dengue, despite receiving the vaccine last year.

Sanofi Pasteur, Dengvaxia's manufacturer, admitted that the vaccine could aggravate the disease in people who have not had dengue before.

"It is disheartening and very depressing news," said Bishop Santos.

"Life is not an experiment. Life is not trial and error. And life is erroneously lost, wasted by careless and irresponsible decisions by government officials," said the prelate.

Senate President Aquilino Pimentel III said that based on initial reports he received it was clear that there was "unwarranted haste" in approving the use of the vaccine on Filipino children.

"Many of us were dumbfounded by the excessive rush to allow the use of the vaccine and to get the program going," said the senator.

The Health Department has already created a task force that will conduct a review of the dengue vaccination program and oversee an in-depth evaluation of its safety.

A legal team will be assisting the task force to look into the accountability of Sanofi Pasteur, the manufacturer, which initially claimed the vaccine was safe and effective.

A group of parents whose children were given the vaccine announced that they will be filing a class suit against the French pharmaceutical company. 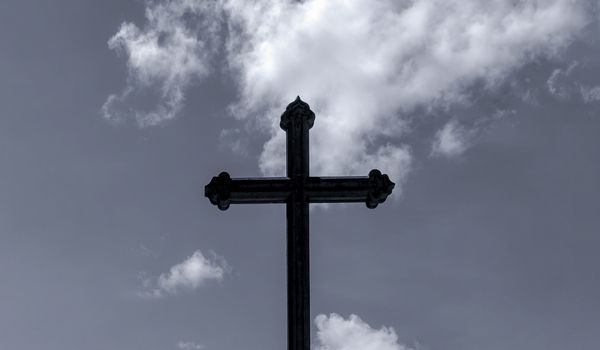